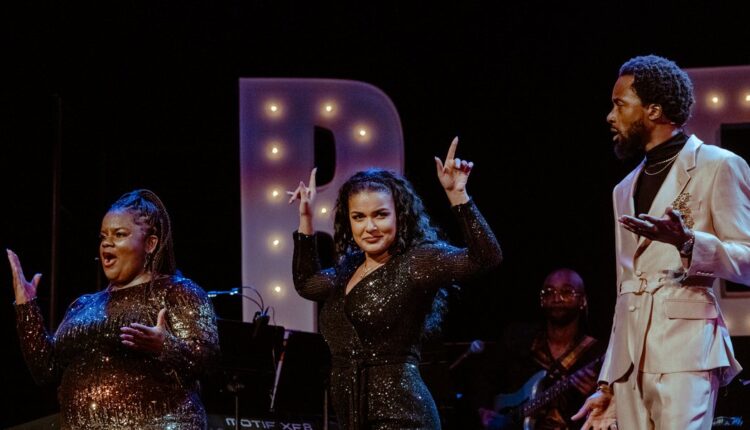 PHOENIX (3TV/CBS 5) – RESPECT has one final show Sunday night in Phoenix, celebrating the life and times of the iconic Aretha Franklin.

Tonight’s showing is at 6 pm at the Orpheum Theatre, and you can find tickets here. This performance will have you singing one moment and tearfully listening to the next, highlighting some of Aretha’s greatest hits such as “Natural Woman,” “Think,” “Chain of Fools,” and of course, “RESPECT!”

This show is based on t RESPECT- The Aretha Franklin Story, starring Angie Narayan. The show’s creative team is led by Christiana Sajous of Spongebob Squarepants and Spider-Man: Turn off the Dark fame, with Darnell White leading the Music Direction. Cast member Meghan Dawson, starring as Host 2, just completed a stint as Tudor Queen Catherine Parr in the award-winning musical Six! The musical.

Dawson said she started performing for an audience of one- herself in her bedroom as a child. “I grew up singing in my room and nobody knew I sang, unless it was my mom yelling at me asking me to stop,” she said, laughing. “I used to sing with headphones on. I would be screaming, performing at Madison Square Gardens in my mind!”

Dawson said she decided to pursue music in her senior year in high school and jumped head first into an Opera performance degree. “I was then accepted into an intense in New York City that really solidified that musical theater is really what I want to do,” she said. After the intense, Dawson said she joined up with Celebrity Cruise Lines as a performer for a few years before joining the cast of Six!

“I auditioned for Respect around February (2022), and then we began with the first cast in September. We did a lot of workshopping with the show and script,” Dawson said. “Now, I’ve been bumped up to dance captain, associate choreographer- I gotta keep my head on a swivel!” She said that out of all the numbers, her favorite and at the same time most challenging is “Rock Steady.”

“Everybody in the band gets a solo, everyone gets a shoutout and introduced- that song is really 1000% party,” Dawson said. “I’m doing my high belting, jumping all around doing crazy stuff…it’s such a switch that’s flipped. After the intermission, I go from being a background singer to suddenly being Michael Jackson at Madison Square Garden. I mean, that’s the adrenaline I need at that moment!”

When it comes to the songs themselves, Dawson said she has yet to get tired of hearing them, despite being part of RESPECT for nearly a year. “We have gospel, we have acapella music, we have R&B, jazz, blues, rock n roll, pop, opera. We literally have some of everything in that show. It’s not even just solely Aretha’s music either…it’s truly a little bit of everything,” she said.

Dawson added that for those who might not be the biggest fan of musical performance, there are plenty of anecdotes and facts about Aretha and many other Motown and R&B artists of the same age that audience members will enjoy. “Even if you’ve seen everything you could ever see about Aretha you’ll still learn something and enjoy something about this show,” she said.

She added that having been part of the original cast; she’s so grateful for the opportunity to have done so many different variants of the show. “That original cast- we went through a lot together and this show couldn’t be what it is today without that original cast putting in that work and time,” she said.