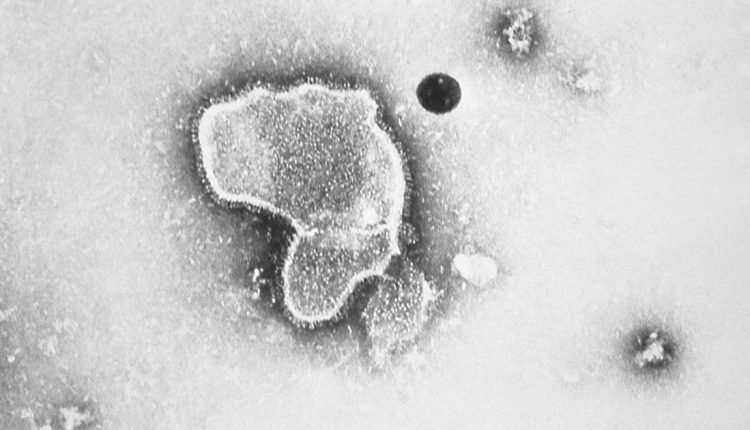 Cases of respiratory syncytial virus are rising rapidly in Arizona, with five times the number of infections being reported now compared to the previous five-year average.

RSV, as it’s commonly called, causes cold-like symptoms for most but can be serious, and even life-threatening, for infants, children under 4, the elderly and people with chronic medical challenges.

Arizona’s Health Alert Network — which notified medical professionals about increasing RSV cases on Wednesday, Nov. 2 — is reporting this is the second year in a row RSV has not followed a typical pattern, which is to start late in the fall and peak in February . This season, cases started in late summer and early fall.

RSV is one of the most common respiratory illnesses people get each year, and can infect the lungs, throat and nose. Before the pandemic, almost all young children had an RSV infection before age 2, according to the Centers for Disease Control and Prevention.

However, the pandemic throw off timing with many viruses, said Dr. Chan Lowe, chief of pediatric hospital medicine at Banner-University Medical Center Tucson, referring to masking, social distancing, and school closures limiting exposures. RSV also tends to cycle every two to three years, he said, and this would have been a bad year regardless of the pandemic.

So, while hospitals tend to see infants and some toddlers under age 2 with severe cases, he said, they are now seeing preschool-aged children as well.

“We are seeing the same increased burden of RSV disease as is reported nationally,” he said, “and the disease is occurring both earlier than normal, and in older children than is typical.”

Tucson resident Justyna Gozdz was a first-time mother when her 4-month-old son suddenly became quite sick with RSV. At a local emergency room in January 2017, they were reassured, and told “not to worry too much.”

But when the high fevers continued, and when he fell asleep during a bath, they took him back to the hospital. This time, he was rushed in for oxygen treatments, and admitted.

“He was in the hospital for days and he wasn’t improving,” she said. “He had super high fevers, and he wasn’t eating. He would not open his eyes at all, for over a week.”

The worst part, though, was the coughing fits.

“It was like he couldn’t take a breath,” she said. “It was awesome.”

Gozdz said her alarm was met with reassurances that everything would be fine. Then, about five days into their stay, a nurse walked in during one of the coughing periods and became very alarmed. An x-ray showed his sickness had advanced to pneumonia.

“I’m a scientist and I knew about RSV, but I didn’t know what it can do to an infant,” Gozdz said. She said in hindsight, she wishes she’d pushed doctors to take his cough more seriously and do an X-ray sooner. “If you feel like something is wrong, advocate very strongly.”

Her son is now 5, she said, and is a “very happy, very energetic kindergartener.”

3 viruses at once ‘worrisome’

The current RSV outbreak is paired with what’s proving to be a severe influenza season, with CDC data showing cases arriving about six weeks earlier than usual, and some people becoming very sick.

The CDC estimates that, so far this season, there have been at least 1.6 million cases, 13,000 hospitalizations, and 730 deaths from influenza nationwide, with the cumulative hospitalization rate during the year’s 43rd week higher than every previous season since 2010-2011.

There’s also COVID-19: As of Nov. 3, hospitalizations for COVID had increased 27% during the previous two weeks, the New York Times reported for Arizona, using state data and US Department of Health & Human Services’ data. ICU use was up 17%.

“We’re not hearing that the hospitals are in trouble, although they are intermittently full,” she said. “We are concerned whether there will be enough hospital beds, and we’re concerned about access to care.”

Often people do not get tested for influenza or RSV, Cullen said, so it’s difficult to gauge just how many cases there are out there.

One thing she wants to emphasize: While there’s not yet a vaccine for RSV, there are vaccines available through the county, and local pharmacies, to help control severe disease for both influenza and COVID-19.

Arizona tends to run behind East Coast trends by about four weeks, said Lowe of Banner-Tucson, so Tucson is not yet seeing the numbers being reported elsewhere, such as in Connecticut and Indiana where cases have boomed.

“Most kids who get it do just fine and don’t need to come to the hospital,” he said of RSV. And for those that do come in, a few days on oxygen as they heal tends to be key. The fatality rate, he said, is “exceedingly low.”

“Usually the kids who die (of RSV) have other things going on as well,” he said, referring to pre-existing conditions and other medical challenges.

Banner has not seen a lot of influenza cases yet, but Lowe said he and his colleagues are “bracing for a heavy winter.”