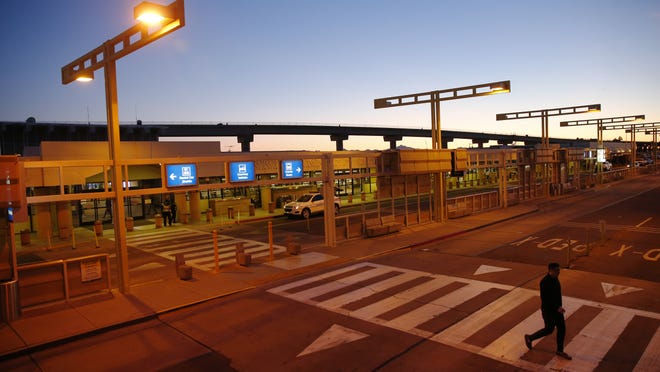 Restaurant workers from HMS Host, one of the companies that manage restaurants at Phoenix Sky Harbor International Airport, left their jobs early Wednesday morning to protest the so-called severe staff shortage at the airport’s restaurants.

The workers, who are members of the hotel union UNITE Here, set up a picket line outside Terminal 4 for a day to raise awareness of working conditions and to urge the company to hire more workers.

Rachele Smith, spokeswoman for UNITE Here in Arizona, said the staff shortage has taken an emotional and physical toll on employees.

“The staff shortage has just reached a breaking point,” said Smith of the Terminal 4 picket line.

Delays in staff at the Phoenix Airport restaurant

Restaurants HMS Host runs at Phoenix Airport include Blanco Tacos + Tequila, Cowboy Ciao, Shake Shack, and Starbucks. The company did not immediately respond to our request for information on the impact of the strike on operations.

Airport staff has been a constant problem over the past few months. Passenger traffic, and with it the demand for concessions, has robustly returned to near pre-pandemic levels, but airport concessionaires have struggled to fill positions to meet this demand.

The result was long lines at popular places like Starbucks during peak hours and staff struggling to keep up with customers.

During a recent meeting of the Phoenix Sky Harbor Aviation Advisory Board, Aviation Director Jay DeWitt said that HMS Host had 819 employees in 2019. At the time of the Aug. 19 meeting, DeWitt said the company employed 569 people at the airport.

The airport was due to hold another job fair at the Burton Barr Library in Phoenix on September 20. Those interested in the job fair can find more information at https://www.skyharbor.com/jobs.

Support local journalism like this story by subscribing today.