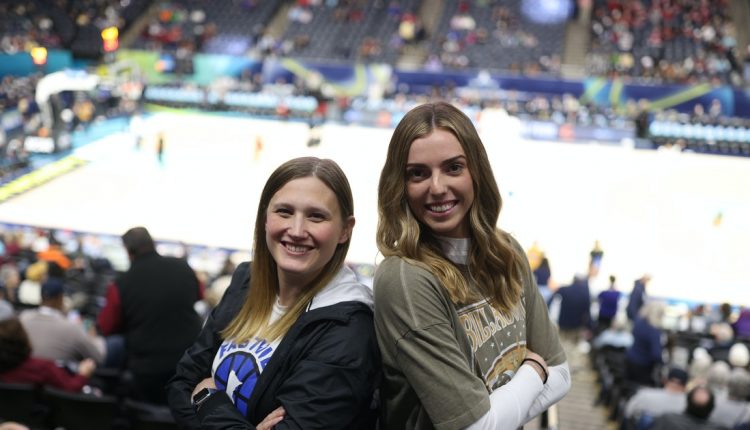 Prior to Sunday night’s 64-49 victory over Connecticut in the national title game, the Lightning was the last group with a scholastic connection to defeat a basketball team that included Paige Bueckers within these borders of her home state.

On St. Paddy’s Day 2018 at Target Center, Eastview rallied from an early explosion of greatness from Bueckers, then a Hopkins sophomore, and came away with a 68-63 victory that gave them the Class 4A state championship and a 32-0 record.

“That is by far my best high school memory,” said Megan Walstad, a senior then and now a standout for the Wisconsin-Milwaukee Panthers. “Hopkins was our big rival and I had never beaten a team with Paige going into my senior year.

“We knew what it would take that night against Paige … being a great team.”

And then the title game started.

“Paige was making every shot,” Walstad said. “She was incredible. I looked up at the scoreboard and we’re down 10-plus. For just a second, I had the thought, ‘Are we going to get blown out?’ “

Mariah Alipate, another senior for Eastview, said on Saturday: “Oh, my goodness … she had more points than our team at one point, something like 17 for her, 14 for us.”

There was no such magical start for Bueckers and Connecticut on Sunday night. South Carolina was better from the tip, leading by double digits before we had settled into Target Center. In 2018, different story.

“Coach [Molly] Kasper called timeout and said, ‘She’s beating us by herself. We have to lock her up.'” Alipate said. “We didn’t do that, she had that 37 that night, but we did start playing our team game.”

Kasper said there were intense preparations for defending Bueckers.

“We worked on defending four different ball screens they would run with her,” she said. “We worked on when to say depending on Paige’s every move.

“And I also told the players, ‘She’s going to make some tough, well-contested shots,’ and when she does that, look her dead in the eye and say, ‘Nice shot,’ and go get a basket.”

Macy Guebert, a junior Eastview starter then, remembers it clearly. “I think she was 7-for-7 to start the game. All we could do was hang together.”

Eastview’s depth of talent paid off on that Saturday night. Bueckers had 37 and two other players 24 of Hopkins’ remaining 26.

Walstad had 20, Alipate 15 and four other players scored between six and 11. That balance made the Lightning champions.

“There was always some extra fuel against Paige; she was such a hard worker and great competitor,” Alipate said. “What she’s done for women’s basketball, not only in Minnesota but the country … I’m always rooting for Paige as a college players.”

Guebert, now a reserve on the South Dakota team that upset Baylor and made it to the Sweet Sixteen in this tournament, said: “What I remember is Paige was the only one clapping when we received our medals. She respects opponents. That’s another reason We’re all Paige fans.”

Walstad, Minnesota’s Miss Basketball as the top senior in 2018, was watching UConn vs. North Carolina State in the regional final last Monday and said:

“That reminded me of the old Paige, just taking over. Fortunately for us, she did that early and not in the fourth quarter of that title game.”

Toasty week ahead around the Phoenix area