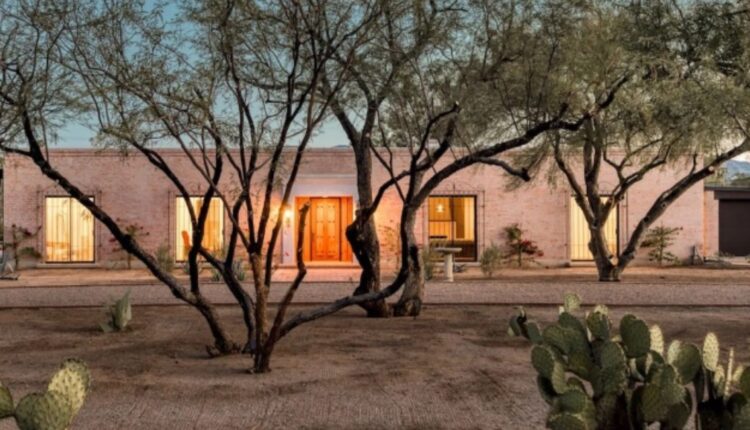 Many of the 111 homes within the historic district were designed by notable architects, and nearly all of them sit on generous lots.

American architect who is remembered as “Tucson’s pioneer of solar design.” Established in 1928, Tucson’s first suburban subdivision, Colonia Solana, stretches across 158 acres in the center of the city. Designed by landscape architect Stephen Child, a protégé of Frederick Law Olmstead, it’s distinctive in that it features a non-symmetrical layout that incorporates the natural topography and vegetation of its desert setting, rather than follow a traditional uniform grid.

Many of the 111 homes within the historic district were designed by notable architects, and nearly all of them sit on generous lots. These factors and others add up to there not being a whole lot of turnover in the neighborhood, and when properties do pop up on the market, they don’t linger, per dirt.

THE BEST VIDEO OF THE DAY

Case in point, this sweet rectilinear ranch located just north of the arroyo that runs through Colonia Solana’s center. Listed for $1.35 million on November 17, it went under contract just six days later; as of this writing, its status is “contingent.”

This is actually the property’s second go-round on the market in less than a year, though its previous appearance, six months ago, may have been its first one ever. As photos from that listing show, the years had taken a great deal on the midcentury home, though they also reveal its proverbial “good bones” and fine original craftsmanship.

The four-bedroom, three-and-a-half bath rancho was produced in 1957 by Arthur T. Brown, a prolific local architect revered for his inventive approach toward designing for a desert climate, most notably his pioneering efforts in passive solar construction. Happily, the current sellers executed a respectful renovation of the 2,989-square-foot home, allowing its vintage charm to shine.

Ashlee is an experienced writer. She has a passion for all things writing. She cares about representation in media & writing for various audiences.

Man dead after being hit by train at Flagstaff