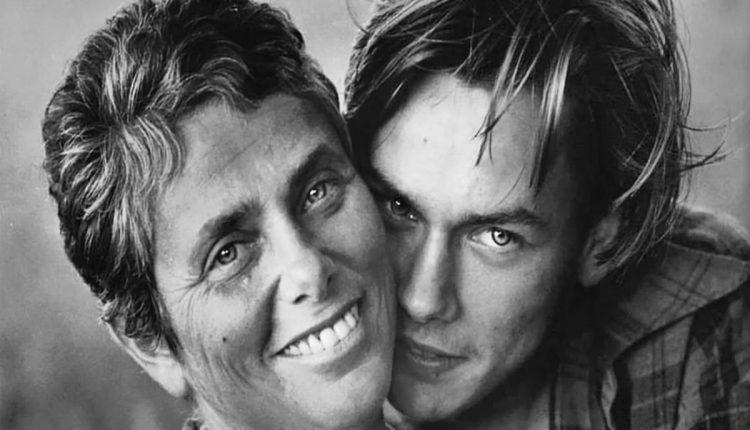 On what would’ve been his 52nd birthday, River Phoenix’s loved ones took a moment to reflect on the beloved late actor’s life.

Earlier this week, the actor’s mother Arlyn “Heart” Phoenix shared a picture of her with River on Instagram as she penned some words from the heart.

Arlyn, who is also mom to Oscar-winning actor Joaquin Phoenix, continued, “52 years ago I experienced a LOVE beyond all of my understanding which transformed my life and multiplied in and out of my being.

“During the past years since I have posted on Facebook, I have shared how deeply his life and passing affected me. He remains a guiding light on my path forward.”

“When I am reminded of the lyrics to a song River wrote at 15, ‘RUN TO THE RESCUE WITH LOVE AND PEACE WILL FOLLOW,’ I am ever grateful for this inspiration which is foundational to the work of The River Phoenix Center for Peacebuilding, ” she added.

River’s younger sister, Rain Phoenix, also shared a tear-jerking tribute to the “My Own Private Idaho” star on social media.

“Happy birthday River,” she wrote alongside a snap of the late actor.

Quoting lyrics from her song “Immolate,” Rain continued, “I’m only as good as your friendship has made me …”

American actor River Phoenix and his mom are seen together at a press conference on September 23, 1988. Getty Images

“On the death of a friend, we should consider that the fates through confidence have devolved on us the task of a double living, that we have henceforth to fulfill the promise of our friend’s life also, in our own, to the world,” she added, crediting writer Henry David Thoreau for the quote.

At just 23 years old, River died from a drug overdose outside Hollywood club The Viper Room in October 1993.