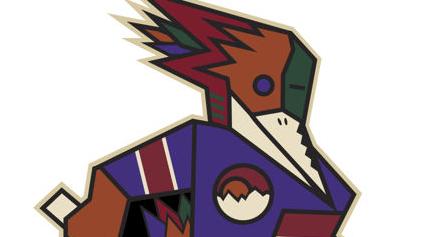 On the night the Tucson Roadrunners debuted their new white Kachina jerseys, they won in a flashy manner.

The Roadrunners (8-4-1-0) scored six unanswered goals to rally from an early 3-0 deficit, winning 6-3 over the San Jose Barracuda on Saturday night at Tucson Arena.

“It’s unfortunate that we started the way we did, but obviously we were able to flip the narrative the way we did then,” said Roadrunners coach Steve Potvin. “We can’t be anything but happy with the results, but there’s a lot to learn from that game.”

The Roadrunners host San Jose (7-6-0-1) again on Sunday at 4 pm to close out the homestand.

Tucson forward Adam Cracknell said their response is their identity.

“It wasn’t the we wanted,” Cracknell said. “Start with me taking a penalty early and then obviously we took a couple more after that and they scored and we just didn’t have any jump and they capitalized, playing from behind is never fun, we responded tonight but we can’t test that every night.”

The Tucson Roadrunners, the American Hockey League affiliate of the NHL’s Arizona Coyotes, wore their new white ‘Kachina’ jerseys for the first time during their Saturday, Nov. 11 game against the San Jose Barracuda at Tucson Arena. The Coyotes’ own white Kachina look, which includes green, red, purple, sand and orange accent colors, has been immensely popular among fans since it was reintroduced in recent seasons after a decade-plus hiatus. The Roadrunners, who have used a black version of the Kachina jersey as its alternate since the 2019-20 season, put their own twist on the white version, moving purple in the primary accent position. Video by Brett Fera/Arizona Daily Star

San Jose jumped out to a 3-0 lead in the first period. But at 5:18 p.m., Tucson forward Ryan McGregor fought with San Jose defenseman Montana Onyebuchi in front of the Roadrunners’ bench and the Roadrunners started the rally.

“That definitely helps, he brings a lot of jump to us,” Cracknell said about McGregor. “He’s been playing great hockey and to see him do something like that, you don’t ask him to do that, he went out and did it.”

The last time the teams met, on Oct. 29 in San Jose, the teams brawled before the game.

“They’re a proud team over there, their coach (John McCarthy) played in the league and there’s some competitive juices on that side of ice and they’re a team that wants to win,” Potvin said. “They’ve had a good start to the season and we’re just ahead of them in points and so every minute, every game means something, they’re competitive and they’re going to be hungry again tomorrow.”

At 18:49 in the second, Kelemen got a power play goal. Forwards Ben McCartney and Laurent Dauphin for assists.

Then Kelemen scored again at 12:29 in the third, assisted by Soderstrom.

About a minute and a half later, forward Nathan Smith scored for Tucson, with an assist from defenseman Conor Timmins.

With about two minutes left, Kelemen scored an empty net goal to complete his hat trick, assisted by Dea.

“It’s my first career hat trick, so I’m so happy,” Kelemen said in the postgame on ice interview. “We have so good fans here and I like playing here.”

Tucson debuted their white jerseys. The sweaters feature the Roadrunners’ alternate Kachina logo, which is modeled after the Coyotes’ first logo that they brought back last season.

Tucson was scheduled to wear them on Saturdays but they might wear them more often.

“They look sharp, awesome addition, I love them and I know the guys do too so we might have to keep them around for a while now,” Cracknell said.

The numbers are tan outlined with red.

“I loved them except we couldn’t tell who’s who,” Potvin said with a laugh. “It was tough to see the numbers but they’re cool jerseys, I’m glad we won in them and maybe we’ll use them again tomorrow.”