Robert Shumaker of Phoenix, Arizona passed away peacefully in his sleep on Friday, August 19th, 2022 at 86 years old.

Robert “Bob” Shumaker was born in Tiffin, Ohio to Harold and Doris Shumaker. He graduated from Tiffin Columbian High School in 1953 and from Case Institute of Technology in 1957 with a degree in Civil Engineering where he was a member of ASCE, Theta Tau, and Sigma Nu fraternities. Bob starred in the sprint events in track and played halfback on their football team.

Following graduation he went to work for Goodyear in their tire design and manufacturing division and quickly transferred to the aerospace industry. Bob married Patricia from Youngstown in 1959 and relocated to Phoenix, Arizona in the late 60’s. Over his 40 year career, he became an industry expert in the design and manufacture of aircraft canopies and windshields. Bob was the principal design engineer for many of the nations most advanced fighter and bomber airplane canopies, the presidential limousine windows, and bullet proof shields for law enforcement.

Bob enjoyed hiking and backpacking, woodworking, meticulously maintaining his lawn and yard, collecting 10,000+ once-hit golf balls from his daily walks on the course, and spending time with his family. He was a big Cleveland Browns fan, loved dominating every opponent in chess, had a great sense of humor, and would often cut out clippings from newspapers or magazines and add his picture or funny comments to the article – the original memes!

Bob is survived by his wife of 63 years, Patricia, three daughters, two sons-in-law, 7 grandchildren, and his sister and brother-in-law. He was preceded in death by his parents. 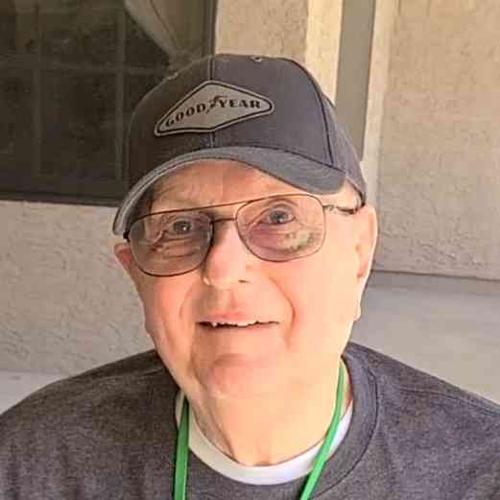