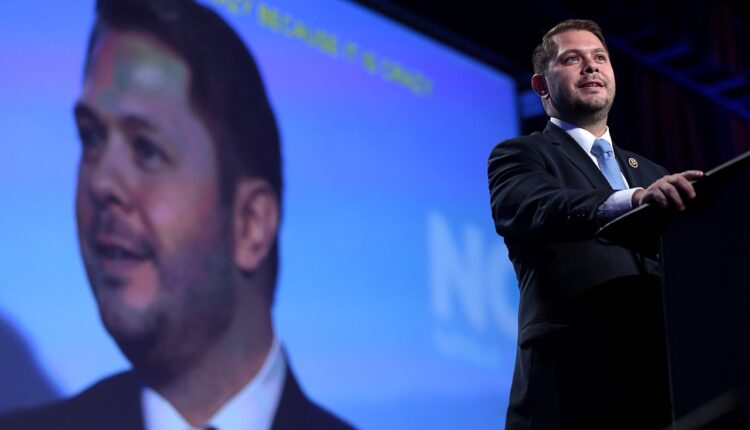 U.S. Rep. Ruben Gallego is a Marine Corps combat veteran and it shows, as he guns the engine on his U.S. Senate campaign. He is reading the terrain well, surrounding himself with good commanders and has just seized the high ground.

It’s harder to call him to be labeled the third wheel when he’s the first to declare. Now it’s on Sinema to decide if she wants to be the spoiler.

Sinema decided to be an independent. Failed Republican gubernatorial candidate Kari Lake is a possible candidate but she hasn’t done anything close to declaring. She’s too busy demanding her 2022 defeat be nullified so she can  be installed as governor. Keep waiting, Kari….

That does look like a viable field, given the state of today’s Arizona Republican Party. Gallego, Sinema and a crackpot.

If the Republicans were smart, of course, they would run nominate a guy like Doug Ducey after the GOP’s cadre of crazies go wiped out in the 2022 midterms. Karrin Taylor Robson is talking about running after narrowly losing a gubernatorial primary against Lake. That would be a wise pick. Smart? Wise? They’re both Deep State conspiracies. The right’s new mantra is prefer victimhood over savvy strategy and that makes Gallego’s candidacy plausible.

Two polls in the last month show Gallego in a fender-to-fender race with Lake in a three-way race against Sinema, who trails on a tricycle.

A poll released last week by Blueprint Polling had Lake at 36 percent, Gallego at 32 percent and Sinema at 14 percent. Lake just ran for governor and got 49 percent of the vote. She was much of Arizona’s cool mom/favorite sister as a news anchor based out of Phoenix. She’s not unknown and she’s pulling just 36 percent? Most voters couldn’t find Gallego if he was sitting in their Hyundai.

In a two-way race, Progressive Policy Polling’s December poll found  Gallego took a one point lead over Lake in a field without Sinema.

With Sinema in the race, PPP’s poll showed Lake’s support at 41 percent, Gallego at 40 percent and Sinema at 12 percent.

Clearly polls this early won’t predict an outcome. They can paint a big fuzzy picture and Sinema is buried in the snowy static. If she were viable, she’d be running in one of them near 30 percent. Instead, she’s looking irrelevant.

Call it karma. Sinema’s switch to independent looked like she was telling Senate Majority Leader Chuck Schumer “Make the Democrats work for me and vote for me, Chuck. And tell them they get nothing. Not even a handshake.”

That strategy may be exploding under her Manolo Blahniks.

Gallego’s candidacy may tempt the fates in Arizona a bit. He’s represented an overwhelmingly Democratic congressional district and has accumulated a progressive record in a state that is probably still well to the right of him. Then again, so did Katie Hobbs and Mark Kelly. They call her governor and still call him senator after their election night wins in November.

I’ve been thinking lately that America may be heading into a post-ideological political reality. Polling shows striking national consensus on a number of issues. However, voters are choosing tribes.

This isn’t new, by the way. Why was the South so Democratic? Cuz grandpappy said so. Why was upstate New York picking Republicans? Because New York City was Democratic and grandpa said so.

There was really only a stretch from 1994 to 2016 when party politics got divided over ideological stands on the issues. There’s also usually an organizing issue, like slavery, the Cold War or government standing up to business. Now it might be pluralist democracy.

One party did this. The Republicans have chosen to draw a bizarre line. They ask: Are you with us on everything and do you pledge never to hold us accountable? A voter who answers no to either is an enemy and forever illegitimate as an American patriot.

Why the party insists on those terms is their problem. I get wanting a smaller, purer church. It just doesn’t work with democracy. It’s probably why they have no use for it, anymore.

Gallego seems to be on the side of a plurality of Arizonans on the issues defining the day.

He could hit a sweet spot, where he engenders Democratic enthusiasm, produces a big Latino turnout, while his pro-democracy chops (he had some classic Jan. 6 tweets) find purchase with McCain Republicans.

Helping shape his message is Rebecca Katz, the top strategist of Pennsylvania Sen. John Fetterman’s campaign. She won a race when her candidate couldn’t hit the hustings for most of the summer. It was also a social media monster, turning Republican candidate Mehmet Oz into a joke for most of the race. Kipp Hebert, who helped turn crudité into a political disaster for Oz will be joining on with Gallego.

Katz and Hebert knows how to campaign funny and Gallego is kind of funny.

That’s the thing about Gallego. He knows how to communicate while sounding like a person voters would actually choose to talk to. He’s like a Katie Porter with a record as a Marine. It’s a very rare skill in politics. Lake has that skill, too, by the way. So does Donald John Trump. It’s called “authenticity” and it wins.

Join her crusades against voters

Sinema… sigh… does not have it.

In fact, her greatest political political liability is that she doesn’t know she comes off as inauthentically seeking authenticity. The more she tries to seem like she’s a regular person, the weirder she looks.

She’s the only elected leader in recent memory who seems to argue the problem with the system is that honest politicians and lobbyists are corrupted by sleazy voters. Give her her due: On this she’s a mavericky trailblazer.

It’s weird because Sinema has turned in a successful first term in the Senate.  She’s managed to burrow herself into the ranks of moderate Republicans and helped forge compromises that lead to the biggest infrastructure investment in modern history and helped pass protections for gay marriage. She should be selling that to her people, rather than hanging up on them if they fail to refer to her as “Your Excellency.”

She shut down all communication with the people who elected her in 2018 and that was completely avoidable.

It was a big gamble that her brand would transcend politics with Arizona voters.

I’m wondering if she’s really going to run. I’ve suspected for a while that her Senate term is a job interview for a cushy gig as a lobbyist or on a corporate board. She seems much more comfortable in Davos than Douglas.

Here’s an interesting factoid: She only has $7.8 million in campaign funds on hand (as of her last FEC report) after five years? That’s a budget for a House race. The queen of Corporate America should have a lot more than that and God knows she knows how.

I bet Gallego raises a good chunk of that by noon on Day 1. Progressives don’t just hate Sinema a little. Look, my problem with her isn’t even most of her policies. It’s her shitty attitude toward us “serfs.”

Up in the air

Gallego has the likability, the resume and the tough-on-autocracy chops to win. His liberal voting record could sink him.

Republicans could run a Taylor Robson-type “normal” Republican who could win easily.

Anyone who tells you they know the landscape in the fall of next year is selling you something. What’s most likely is that Gallego’s destiny is tied to Joe Biden’s prospects.

Conventional wisdom says those odds are long. I’ve been following politics since Jimmy Carter and I’ve only known one slam-dunk, can’t-miss president destined for re-elect at this point in the calendar. How did George H.W. Bush do in 1992, again?

Tell me the economy is humming and it’s a safe bet inflation is down. Who doesn’t like an incumbent president’s chances in a good economy? If Biden takes Arizona again – with morning rising in America – then Gallego probably beats all comers.

Arizona’s politics is flickering between blue and red and where it ends up in is anyone’s guess.

That’s what campaigns are for. Gallego doesn’t get anointed. He’s gotta prove it.

At this point, it looks like voters have seen enough of Sinema, and decided she’s so 2018.

As States Seek to Limit Abortions, Montana Wants to Redefine What Is Medically Necessary