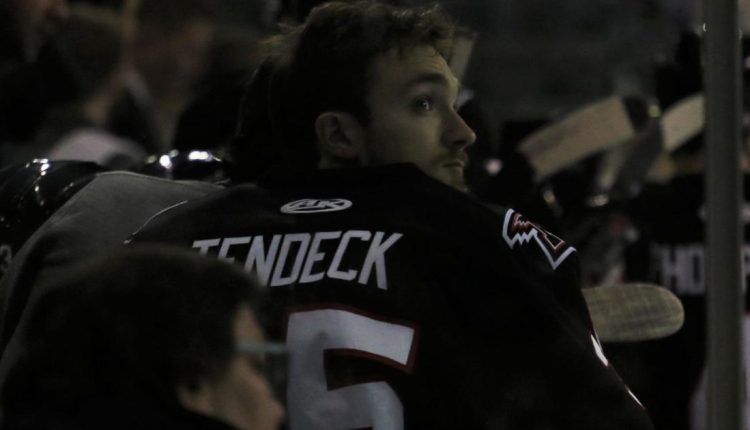 The Rapid City Rush announced Friday that goalkeeper David Tendeck had been reassigned to the Arizona Coyotes taxi team. In addition, defenseman Quinn Wichers has been returned from the AHL Tucson Roadrunners and Justin Duncan has been added as an emergency backup goalkeeper.

The NHL announced this week that it was bringing taxi teams back as the league deals with COVID-19 issues. Tendeck was on the Coyotes taxi team last season.

Tendeck has played for the rush in 12 games and is 3-9-0-0 with 3.21 goals against average and 0.912 save percent. He has an NHL contract with the Coyotes after being selected in the sixth round of the 2018 NHL Entry Draft. NHL teams can now include up to six players in their taxi roster, a list of players who can be added to the roster at short notice to prevent postponements and game cancellations.

Wichers returns to the rush after appearing in four games for Tucson. He was originally called up on December 11th by the Roadrunners for his first career appearance in the AHL. He has scored two goals and one assist in 18 games with Rapid City.

The Rush will face the Utah Grizzlies at the Monument Ice Arena on Friday and Saturday.