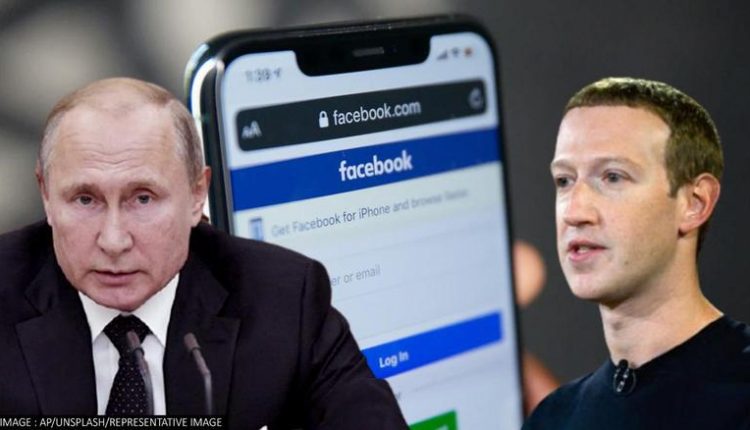 Russia’s communications regulator Roskomnadzor on Sunday asked Meta’s company Facebook to restore the page relating to the Russian state delegation in Vienna involved in the 2015 nuclear arms control negotiations with Iran. The site, which is affiliated with Russia’s Foreign Ministry, was abruptly taken down on Sunday for allegedly publishing “illegal content.” Roskomnadzor sent a letter to the US company, in which he denounced the basic rules of free access to information and described it as an act of censorship, according to Russia’s state-affiliated news agency Sputnik.

“On January 16, Roskomnadzor published a letter to the American company Meta Platforms, which owns the social network Facebook, urging it to immediately lift all restrictions on the official account of the Russian delegation to the military security and arms control talks in Vienna and statements on the reasons for such restrictions,” the Russian agency said in a statement to Meta on Sunday.

Meta previously cited the prohibited content and violation of its community standards as the reason for banning the Russian delegation’s account. Russia urged Meta to immediately decommission the page, which publishes critical updates on military security and arms control talks. “Roskomnadzor criticizes this as an act of censorship forbidden by the Russian constitution,” the agency said. Just last month, Facebook paid 17 million rubles (1.7 crore) for failing to remove content Moscow deems illegal in a legal battle with Russia over controversial laws regulating social media.

Faced with the threat of potentially larger fines, Facebook parent company Meta, which is owned by Mark Zuckerberg, has also had to appear in court for repeated violations of Russia’s content legislation, Interfax news agency reported. The US-based social media giant risks a fine equal to a large chunk of its annual revenue. Aside from Meta, Telegram also recently received an estimated 5 million rubles in fines from Russian authorities for failing to comply with Moscow’s social media laws that came into force in 2016. Russia’s internet watchdog had also legally pulled Whatsapp, which it said had failed to comply with rules on storing Russian users’ data on domestic servers. WhatsApp was fined four million rubles in a first-time violation of the law, Russia’s Federal Service for the Surveillance of Communications, Information Technology and Mass Media (Roskomnadzor) confirmed in a statement at the time.