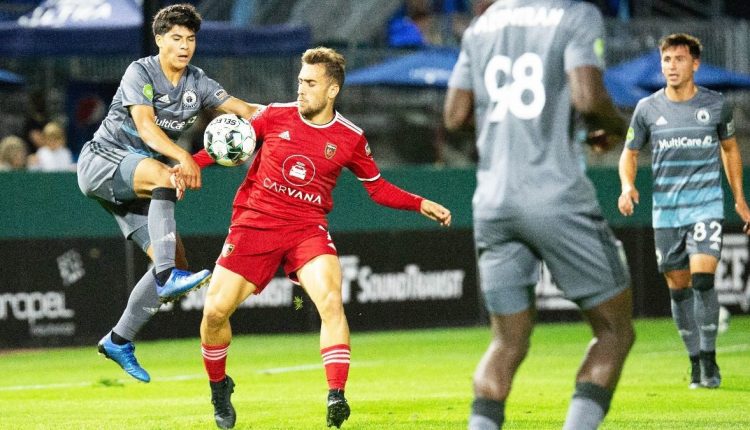 Santi Moar scored the winning goal for Rising in the 90th minute of the game. It was Moars sixth game in a row with a goal.

Jon Bakero opened the classification for Phoenix with his third start of the season. That goal came in the 80th minute, just six minutes after substituting for striker Darren Mattocks.

Tacoma rose 10-1 in the first half, but could not break the defensive formation of Defiance in the first 45 minutes despite a high ball possession advantage of 73% to 27%.

Darnell King saved a sure goal when he pulled back and rolled over Tacoma striker Samuel Adeniran, who was alone on goal against Andre Rawls in the 62nd minute. Defiance’s Ray Serrano got through to Adeniran with a pass that split two ascending defenders, but King used his speed to catch up with the striker and slid to block a shot destined for the bottom corner of the net.

Two thirds of the earth is covered by water. The other third is covered by @ 21ddking #RisingAsOne | #AwayDays delivered by @carvana pic.twitter.com/BGmSPGFvI6

Tacoma scored just two minutes after Phoenix’s opening game when a long ball was passed down the left flank towards Samuel Adeniran. Rawls stormed off his line to get the ball out of the danger zone, but remained empty in his attempt, so Adeniran could collect the loose ball and put it in the empty net to make it 1-1.

Rising travels to the LA Galaxy II in Los Angeles on Wednesday.