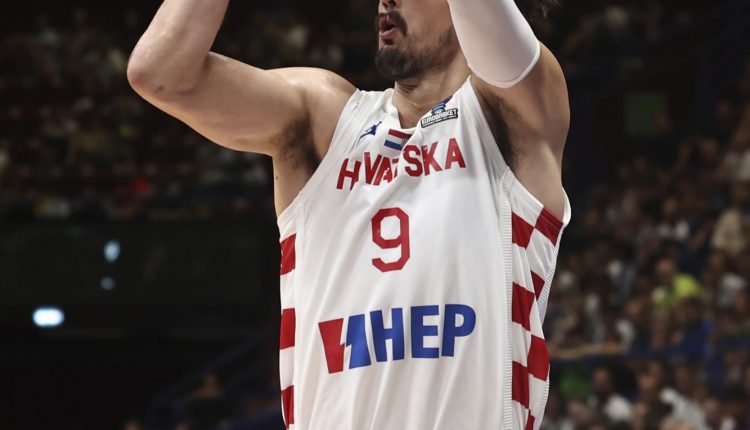 The comeback of Phoenix Suns big man Dario Saric continues to make positive progress, again leading his national side to an important win at Eurobasket.

After bouncing back in Croatia’s last game against Great Britain, Saric again performed strongly in a more challenging, tougher game against Estonia on Monday.

Dario Saric continues to provide Phoenix Suns fans with plenty of optimism, producing plenty at Eurobasket ahead of the 2022-23 NBA season.

Saric played nearly 32 minutes of action, recording 15 points, 12 rebounds, three assists and two steals in the 73-70 win. Most importantly, he made some important plays down the stretch in a tight-fought contest throughout. This included a beautiful dish to Ivica Zubac for a dunk with 5:35 to play, before knocking down a crucial three a minute later to extend the Croatian lead.

He did leave the door ajar late for the Estonians, missing the second of his two free-throws with seconds remaining. However, the three-point prayer to tie the game wasn’t close, allowing Croatia to record their second win of the tournament.

The rebounding aspect may be the underrated, important facet here – Saric is now averaging 7.7 boards in the tournament, ranked equal 14th of all players. For a team who was bang average in this department last season, the Suns could do with a bump in that area.

Saric continues to spend the majority of his time at power-forward, giving credence to the idea he’ll be able to fill a similar role in Phoenix. It’s actually an aspect of ESPN’s Zach Lowe referred to in the latest episode of his podcast.

“Saric is a little bit of a wildcard. People view Saric as a backup five now because of how good he was in that role for Phoenix two seasons ago. I think he could play some four for them this year, backup four, add an element there. He’ll play some of both if he’s healthy.”

Saric and the Croatians have another quick turnaround as they hope to get to 3-1 when they face Italy tomorrow.