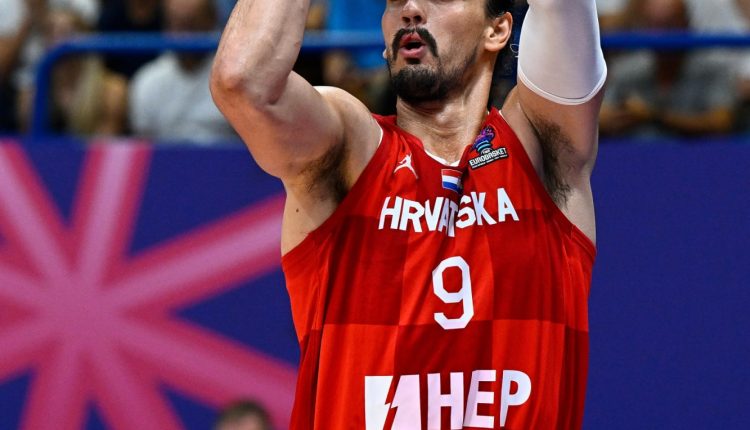 Phoenix Suns’ Dario Saric and his Croatian national side have lost their second match at Eurobasket, falling to Italy 81-76 in their fourth game of Group C.

It was an up-and-down matchup of changing fortunes – The Croatians turned an eight-point halftime deficit into a four-point lead at the end of the third, before the Italians responded in the crucial moments of the fourth.

Turnovers killed Croatia in their loss to Italy, with the Phoenix Suns sure to be keeping an eye on the playmaking skill set of their big man Dario Saric.

Croatia recorded nine more turnovers, allowing Italy to have an 18-8 advantage in points off turnovers. In a hard-fought contest with a five-point margin, that ultimately proved the difference.

Saric was the main perpetrator, his six turnovers doubling anyone else on the floor. The 28-year-old finished with ten points and three assists, while the rebounding continues to be a strength as he recorded eight after his 12 boards in yesterday’s win against Estonia.

The playmaking aspect of Saric is an interesting one – he clearly has more license to explore this facet of his game within the national side, unsurprising given he takes a more prominent role.

He does have that nice general game feel that a lot of Europeans do, allowing Saric to read and make plays that many otherwise wouldn’t. We’ve seen that at NBA level, and we’re seeing that through the course of this tournament as he makes his first major return from injury.

But then there’s also games like this where multiple turnovers can really hurt his team’s chances. In the 2020-21 season, Saric had the second-worst assist-to-turnover ratio of any Sun to average at least 15 minutes per game (Deandre Ayton had the worst).

Bojan Bogdanovic, of Sun’s trade interest in recent days, kept his team in the game with 27 points which included four three-pointers. Former NBA player Nicolo Melli equals top-scored for the Italians with 19.

The loss puts Croatia fourth in the group, with Saric and his side looking to respond when they take on Ukraine on Thursday.