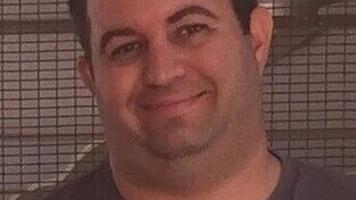 Scott “Scotty” Jon Shickel, age 33, from Tucson, AZ passed away unexpectedly Saturday, July 16, 2022. He graduated from Empire High School in 2007 and earned his Associates Degree from the University Technical Institute in 2009. Some of Scotty’s passions included Baseball, car shows, teaching, movies, and music. His passion for baseball led him to two successful years on the varsity high school baseball team at Empire High School, where he was MPV and had a .501 batting average. A pursuit that continued in his adult life as the coveted lefty in a small adult league in Tucson. Scotty’s love for motor sports and classic cars started at a young age and was a driving force in his initial career choice and desire to be a mechanic. After graduating from UTI, Scotty went on to pursue a successful career working on a variety of different monster trucks including the popular Grave Digger and Big Foot, to the local Tucson legend, McGruff. Scotty eventually got into building show cars, starting with his Volkswagen Beetle appropriately named “Iron Man”, then back to the classic the 55′ Chevy Bel Air. It’s safe to say, he never missed a car show with his Tucson Door Slammers car club when he lived in Tucson. Scotty’s childlike spirit, kindness, and willingness to learn, made him a true gift to all children including his relationships with all his nieces and nephews who he thoroughly enjoyed playing basketball and baseball with. He taught in different schools in Tucson then moved to teach Automotive at Skyline High School. After a brief-time teaching and playing baseball in Mesa he found what can only be described as his second family in Wellton, AZ, at Antelope Union High School where he ran the automotive program and built the student’s interest in the program by developing relationships with the feed lot industry, race car industry in Yuma and Phoenix and the surrounding automotive industries. He was the head coach of the baseball program and an assistant coach in football. Scotty is survived by his sister, Julie Makin (John); his brothers, Mike and Craig Shickel; his mom, Mona Rutherford; stepfather, Rick Rutherford and stepsisters, Whitney Siebuhr (Trevor), Caitlin Cadena (Mark); stepbrother, Jacob Rutherford (Tamara); many nieces, nephews, and cousins. He is preceded in death by his father, Ronald Shickel and grandmother, Corrine Blackwell. Services will be held at 11:00 am, Saturday, July 23, 2022, at EAST LAWN PALMS MORTUARY AND CEMETERY, 5801 E. Grant Rd., Tucson, AZ, Service, Gravesite, and reception will follow.

‘So Rudderless’: A Couple’s Quest for Autism Treatment for Their Son Hits Repeated Obstacles