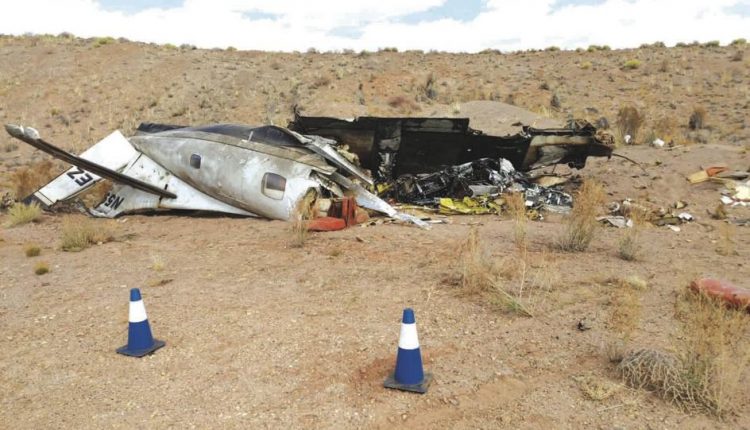 A Two locals were killed in a plane crash near Winslow last month, including Scottsdale-based former racing driver Bill Whittington.

According to the FAA, a twin-engine Swearingen SA226-T crashed 10 miles north of Winslow in Navajo County with two people on board on April 23.

The Navajo County Sheriff’s Office later identified the deceased as 71-year-old Bill Whittington and 48-year-old Stephen Kirkby of Cave Creek. The aircraft was registered with Global Air LLC of Scottsdale.

The Sheriff’s Office said it received multiple calls about a plane crash on April 23 at around 3:20 p.m. near a remote section of State Route 87 northeast of Winslow.

Whittington and Kirkby’s bodies were found near the plane when first responders arrived on site.

Whittington’s friend Randy Lanier told Autoweek that Whittington is offering air travel to a friend who was diagnosed with terminal cancer and had lost his pilot’s license.

“So Bill wanted to give him the experience of flying again,” Lanier told Autoweek. “That’s the kind of man Bill is. Bill was more than a teammate on the track. He’s my brother. He was a damn good man. A man who loved Christ and his family. “

According to flight tracking website FlightAware, the plane took off from Scottsdale Airport at 2:12 p.m.

The aircraft then appeared to circle around Winslow-Lindbergh Regional Airport several times. It then turned east and made two figure-of-eight patterns before the crash.

The FAA and NTSB are investigating the incident and no further details are known about what caused the plane crash.

At the beginning of his life, Whittington was an accomplished racing driver who, according to Autoweek, won the Le Mans 24 Hours in 1979 together with brother Don and German driver Klaus Ludwig.

Bill, Don and Dale Whittington were also the only brothers to ever qualify for the Indianapolis 500.

In 1986, according to the New York Times, Bill Whittington was sentenced to 15 years in prison after he and Don pleaded guilty to smuggling marijuana from Colombia into the United States.

The Whittingtons and Lanier were among a group of International Motor Sports Association drivers convicted of participating in the drug smuggling ring, the Times reported.