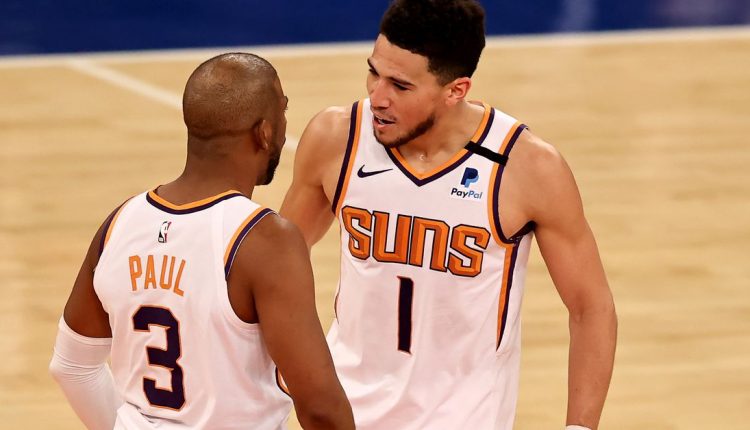 The Phoenix Suns will most likely end up at number two in the west, and it’s been a hell of a trip to get to that point. The playoffs are set to begin shortly, so it seems like an appropriate time to step back and admire the highs this season has seen.

It is difficult to rate games like this because many of them are on the same level for me. The best way to separate them was to tie the importance of each opponent / scenario, keeping in mind health and importance for each side.

We’ll start at number five and work our way up to number one. Time to relive some fun.

Brief review: The Knicks were in control for most of the night – led by up to 15 – but a late game push drove Phoenix to victory. Chris Paul hit some absolutely insane shots to end the game that will be very hard to forget.

Brief review: No, Kawhi did not play in that game. Yes, the suns still have all they can from Paul George and his company. The main incentive for this game on the list is the feeling of finally reaching that playoff spot on national television. It felt like the stars were aligning.

Brief review: The 76ers and Suns met with each team on full strength days after Ben Simmons said he was the best defensive player in the NBA. Response from Devin Booker? 36 points from 23 shots in a 9 point win from Phoenix. This was a sign of the things to come in the young (ish) season of the suns.

Brief review: Phoenix was down 12 at halftime against Torrey Craig’s Bucks (at the time) but stayed strong and came back to take a formidable grind-it-out win that lasted to the last shot. The main reason it was so high on the list is because of this feeling THE Moment when Chris Paul and Devin Booker clicked.

Brief review: This was the statement game of the year for Phoenix. They held their own against the top seed in the West on National TV (ESPN). Both teams were in full strength and there were no excuses. It was a dogfight with a playoff-like atmosphere from the crowd of Phoenix.

Suns Fans – Which games do you think have been removed from this list? It felt wrong to exclude some of them, but that’s a good problem when there are too many great games to choose from in a single season.