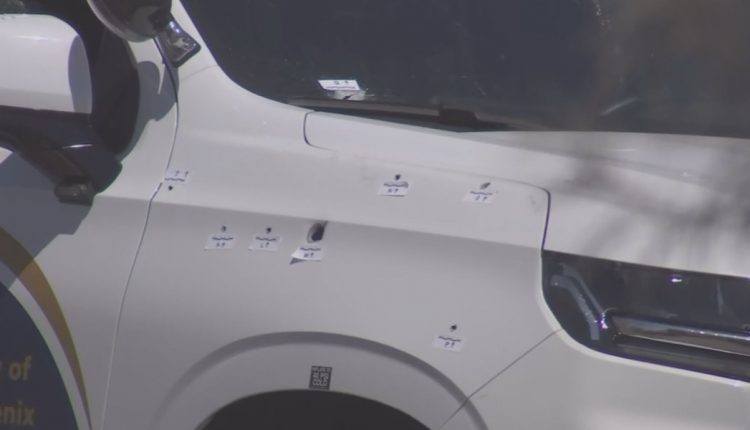 PHOENIX (3TV/CBS 5) — An officer shot during a deadly mass shooting at a north Phoenix motel last weekend is now recovering at home. Police said on Friday that the officer was released from the hospital. The unidentified officer was shot while trying to stop the shooter on Aug. 28. It was at the Days Inn near 26th Avenue and Deer Valley Road when 24-year-old Isaiah Steven Williams went on a shooting spree in the area, police said. He shot and killed two people inside a car, according to police. They were later identified as 44-year-old Karla Garzona and 36-year-old Misael Arevalo.

When officers arrived, Williams opened fire on their SUVs, with four of them riddled with bullets. That’s when the officer was shot. Another officer was hit with shrapnel in multiple places, including his face. He was taken to the hospital but was released hours later. Investigators believe Williams took his own life during the chaos. Along with the two officers, three other people were hurt.