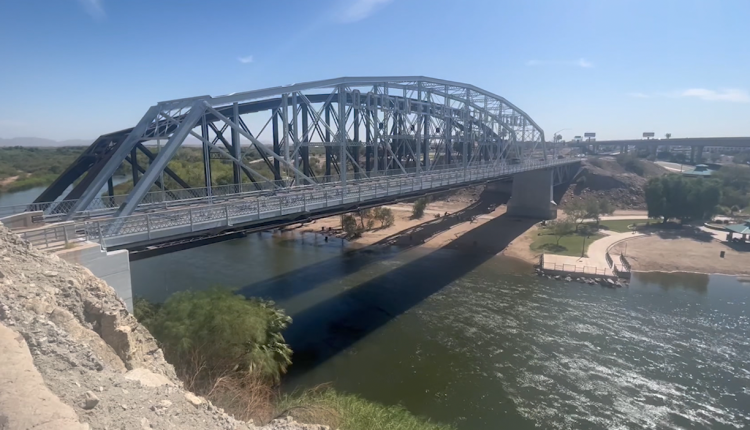 YUMA, Ariz. (KECY, KYMA) – $4 billion is coming from the federal government to help solve the drought in the southwest.

US Senator Mark Kelly says it’s going towards both conservation and innovation efforts.

Adding Yuma farmers have been doing their part to secure Arizona’s water future and that other states need to step up to prevent future cuts on Colorado River water deliveries.

Kelly says the money he secured in both the Inflation Reduction Act and the Bipartisan Infrastructure Law can solve the water issues in a two-part approach.

The first is short-term conservation.

“Yuma has really stepped up as a community. Yuma farmers have. By conserving more water than they’re required to under the Tier 2-A drought,” Kelly said.

The money comes from the Inflation Reduction Act, a budget reconciliation, totaling over $700 billion.

The Congressional Budget Office says the act likely will not lower inflation until at least 2024.

Kelly says he justifies voting for more government spending now because the US, and seniors will save money due to the Inflation Reduction Act.

Kelly says the savings for seniors will come due to medicare’s ability to now negotiate the price of prescription drugs.

The Congressional Budget Office estimates the act will reduce the country’s deficit by $90 billion over the next decade.

Kelly says as Yuma farmers and Arizona have stepped up to save water, it’s time for other states to follow suit.

“We get 2.8 million acre-feet of water from the Colorado River. California gets 4.4 million. They haven’t offered up as much water as we have in conservation efforts,” Kelly said.

Senator Kelly is currently running against Republican Blake Masters for re-election to the US Senate.

Learn more about what’s on your ballot using our voter guide.