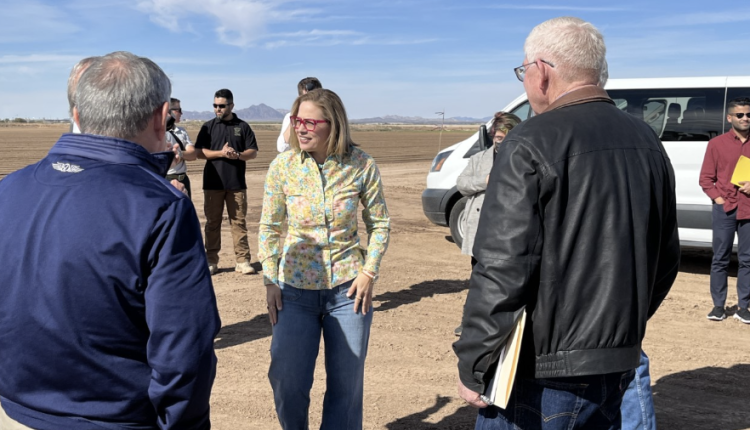 Some of that technology on the cutting edge are pesticide spraying drones, and the Carbon Robotics Laser Machine.

“The camera front shoots a beam at the weeds, and we’re not going to hit the crop, and we know what the crop looks like and that’s what we’re going to save. So we’re going to zap the weeds,” Vic Smith, CEO of JV Smith Companies said. 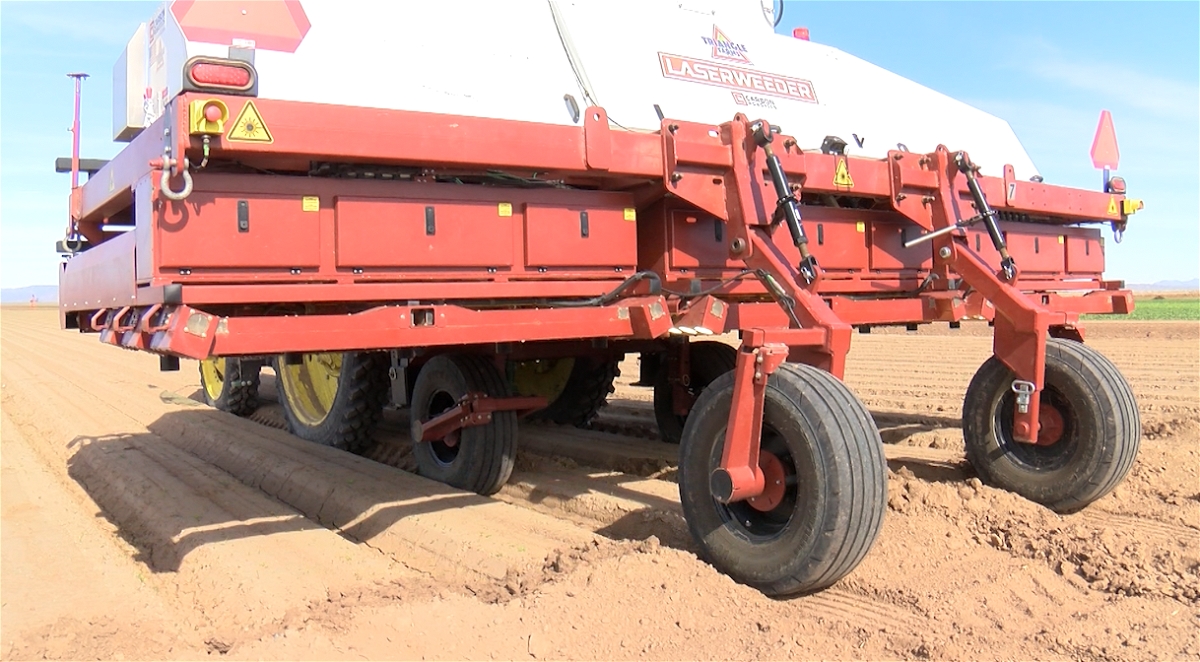 Drones that spray pesticides, and the Laser Weeder used on JV Smith Farms.

Sinema then held a round table, hearing from each ag leader in attendance about issues they’re facing, like labor.

As many are concerned about the number of workers they can employ from outside of the United States.

“Those quotas and caps on people we can bring in to help to the work are well outdated,” Sinema said.

As Sinema looks to add to the 2023 Farm Bill to get as much for Yuma farmers as possible.

“The passage of the farm bill will ensure we have the dollars to support farmers and ensure we have enough of that support to keep the food products coming and feed America,” Sinema said.

At least 10 republicans will need to get on board to pass the farm bill in this lame-duck session of congress.