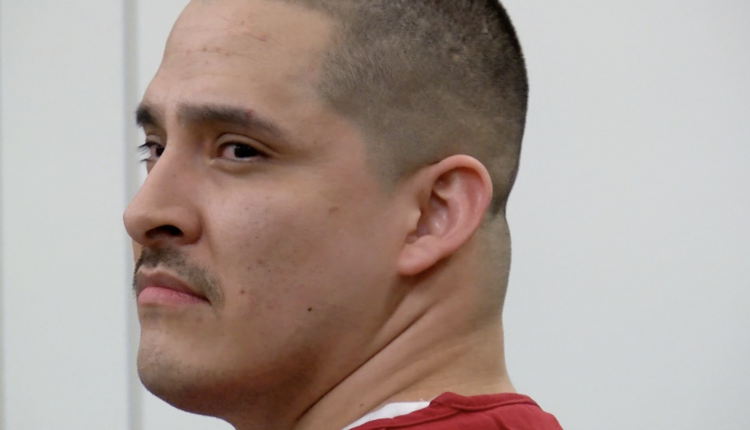 Guillen, 31, entered Yuma County Superior Court on Thursday morning to learn his fate – but instead will have to wait after the defense claimed they had not received the required pre-sentence report.

Yuma County Superior Court Judge Roger Nelson then stated that he intended to hand down a 20-year prison sentence to Guillen, despite not being able to proceed with the hearing.

As a result, the state requested there be an aggravation and mitigation hearing to settle the matter since the pre-sentence report was not received by the defense.

That hearing was granted and has been scheduled for two weeks from now on September 22nd.

Guillen, along with Gabriel Aragon, were arrested and charged in 2020 in connection with the murder of Manuel Gonzalez-Bravo at a Yuma Chevron back in March 2019.

Both were originally charged with premeditated first-degree murder, along with five other charges including armed robbery and criminal damage.

Guillen was then set to stand jury trial this month, but in August he decided to accept the state’s plea offer. Per terms of the agreement, he pleaded guilty to second-degree murder, ultimately dismissing the other charges.