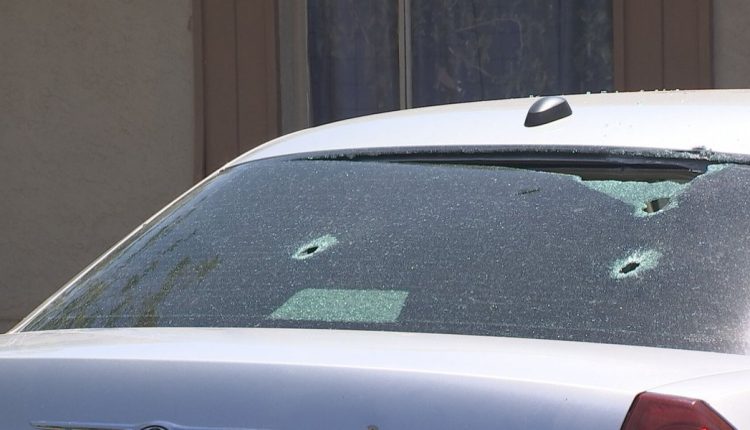 PHOENIX (3TV/CBS 5) – Families in Phoenix say their homes were shot at by a drive-by shooter near 29th Avenue and Bethany Home Road.

Phoenix Police say no one was hurt, but two mothers in the neighborhood say they were sleeping when more than a dozen shots were fired at the homes and cars. “On Saturday I basically just heard a bunch shots go off,” said Martin Bonilla, who lives in the neighborhood.

Phoenix police received at least four separate reports of several gunshots fired. “It was a lot of shots, I stopped counting after 10 honestly. So I’d say upwards of 20 realistically because it kept going for quite some time,” said Bonilla.

One of the homes was hit by gunfire twice this weekend, and they have no idea why. The families who experienced it are too afraid to share their names or show their faces. They say their sense of security has been shattered. “Why our house? We’ve lived here 20 years and nothing like that has ever happened before,” said one woman whose home was the only one hit by bullets. “Your home should be somewhere where you should feel safe,” said another woman who ducked for cover with her kids.

Police received two reports of gunshots fired Saturday night and two more early Monday morning. One victim says she was woken up by at least 15 gunshots Saturday night. Police say her home off 29th Avenue is the only property damaged. She says her home hit again on Monday morning. “We thought we were the only ones until we heard about the other houses,” she said.

On Saturday, a family living nearly three blocks away also heard gunshots. “I woke up to them telling me to get on the floor because someone was shooting around here and the kids were all on the back room on the floor and they said they had heard gunshots and they were so close they could hear the bullets flying past them,” she said.

Somehow no bullets made it into her home or car, but it’s still unclear if they were targeted or if the shooter chose their home randomly. Police are investigating these reports and looking into whether they’re related. So far, no arrests have been made, and no suspect description is available.