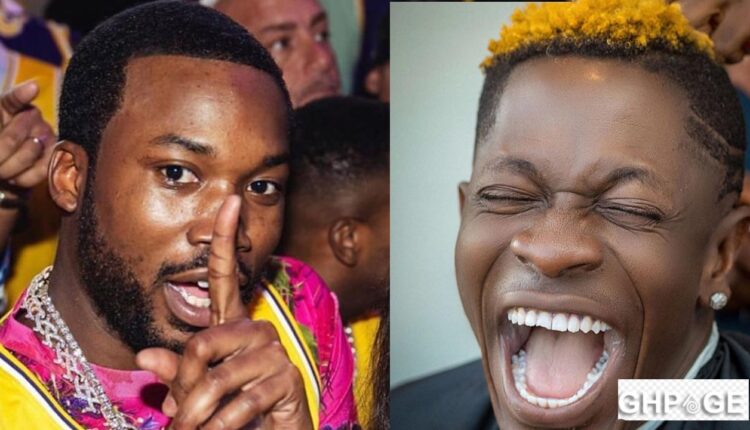 Dancehall ‘King’ Shatta Wale seem to be happy about the Meek Mill video made at the Flagstaff House.

The Musician when the issue popped up via multiple tweets reacted to the issue while engaging with fans on the bird app.

In one of his tweets, Shatta Wale stated and thanked the American Rapper, Meek Mill for making the world see how beautiful and welcoming Ghana is.

He again disclosed in his tweets that he’s one of the strong fans of the rapper urging him to overlook the issue and do his thing.

The 35-year-old American rapper traveled to the country in December for a performance at the 2022 Afro Nation Ghana festival.

During his stay, Meek Mill and his team paid a courtesy call to President Akufo-Addo at the Jubilee House in Accra where he took photos and videos to share on his Instagram page.

Meek Mill appeared to have shot a music video at the presidency which he shared on his Instagram page for the first time on Sunday, January 8.

The video showed a number of locations, including the entrance, the main hallways, the main conference hall, and subsequently a sitting area rapping. There was aerial drone footage contained in there as well.

The footage sparked outrage among Ghanaians who view the discretion given to Meek Mill at the Jubilee House as a gross disrespect to the country’s presidency.

Public figures like Archipalago, Twene Jonas, Prophet Kofi Oduro, and A-Plus have all launched a full attack on Meek and presidential staffers who in the first place gave him the authorization to shoot the video at the Jubilee House.

Meanwhile, the American rapper born Robert Rihmeek Williams has succumbed to pressure and deleted the video for the new song he shared on social media.

The Presidency is considered a security zone and therefore it’s inappropriate for some videos of the building to find their way into the public domain.

Some angry netizens wondered if Meek Mill would be given the chance to shoot a music video at the White House where the President of the United States resides.