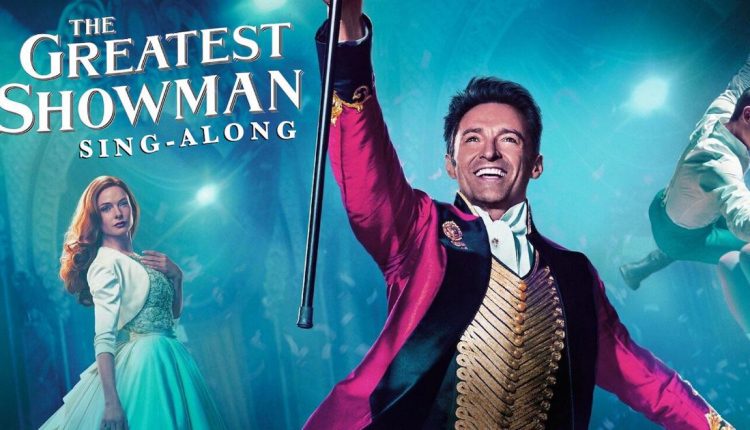 Ok, let’s be honest: When you go to a musical at the movie theater, you have to pinch yourself so you won’t sing along.

Happens to the best of us.

What if the theater gave you the green light to sing along at the top of your vocal range, even if that vocal range was off a note or two or slightly out of key?

That’s what Fox Tucson Theater is doing this weekend when it screens a sing-along version of the 2017 Hugh Jackman film “The Greatest Showman.”

From what we are told, the lyrics to the songs in the movie will be on the screen as the movie plays on Saturday, July 30, and audience members are invited to sing along.

The event is part of the Fox’s summertime sing-along film series that started in June.

The “Greatest Showman” soundtrack is infectious, with everyone from the movie chipping in, including Jackman who is not exactly known for being a songbird. But Zendaya and Zac Efron? Those former Disney kid stars have some serious vocal chops.

The Fox, which got its start in life as a movie house/performance space in 1930, kicked off its movie sing-along series in June with the Queen biopic “Bohemian Rhapsody.” On Aug. 27, the series closes with the sing-along version of “The Sound of Music,” an absolute classic.

The Fox’s focus on films combined with live music also is the centerpiece of the new “Music and Movies” series that is part of the monthly Second Saturdays Downtown festival.

A different local act will perform before the film screens. Admission to those events, which begin at 7 pm on the second Saturday of the month, is $12.50 for adults, $10 for children 16 and younger.

The series kicked off in June with Tucson country singers Mama Coal and Charlie Hall and the movie was the 2005 Johnny Cash biopic “Walk the Line.” In July, Miss Olivia and the Interlopers performed blues and R&B before the Fox screened the Ray Charles biopic “Ray.”

On Aug. 12, Liz and Pete featuring Linda Ronstadt’s nephew Peter Dalton Ronstadt will perform before the Fox screens “The Sound of My Voice,” the Linda Ronstadt biopic.

“I think there is a group experience that is lost when people are not together,” Film Fest Tucson director Herb Stratford said.

How well do you know the crew at Dunder-Mifflin?

For Star subscribers: Whether you’re planning a trip to the beaches of San Diego or taking a trip to Texas, here are some restaurants with a Tucson connection.