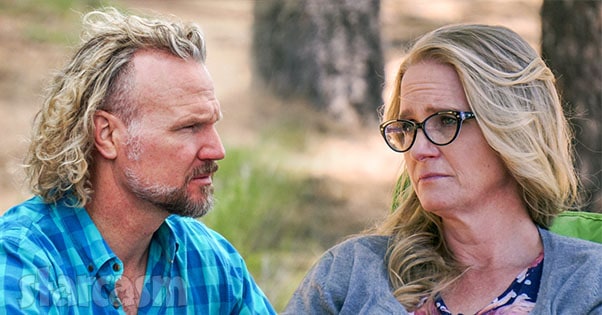 It’s been an incredibly difficult season for Kody Brown and his four sisters, culminating in an incredibly dramatic finale *** SPOILER ALERT *** suggests Christine Brown may leave Kody and her three sisters behind.

The season finale was filmed last summer. So what happened in the meantime? Did Christine leave Kody?

There is reportedly another season of sisters on the way, so the family has not made any public announcement to confirm or deny Christine’s departure. And thanks to polygamy, it’s not like we can look up their divorce registration like we did when we first reported on Kody and Meri’s divorce in 2014.

However, there is some evidence online that can provide some pointers.

Kody retreated to Christine’s house from the act

Kody and Christine bought a house together in Flagstaff in September 2018. This is the house Christine lives in on the show.

Last August, a title company drew up a warranty statement giving Christine full ownership of the house. Kody signed the document on October 30th and it was officially recorded on November 6th. I suspect this will be a big part of the couple’s story over the next season, especially since there was more than two months between the date the charter was created and Kody signs it. 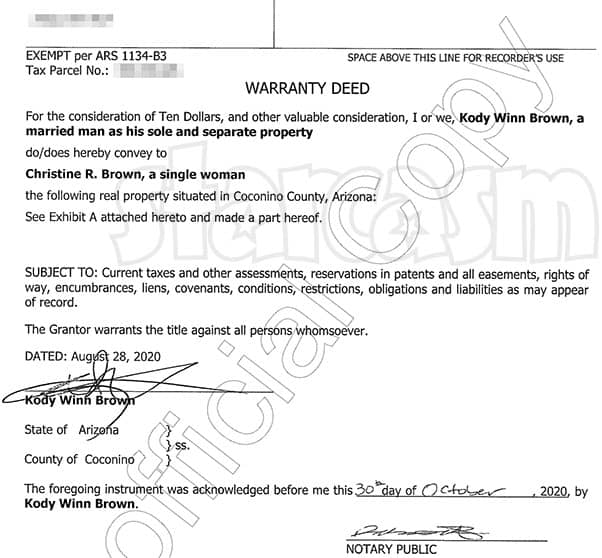 Christine is still listed with Kody as the owner of their portion of the Coyote Pass property. They bought this portion of the property in June 2018 for $ 300,000 and paid for it in full with cash at the time of purchase.

Despite expressing her desire to return to Utah on the show, Christine appears to still be living in her Flagstaff home. Aside from her travels with her daughter Mykelti and granddaughter Avalon Asa, all of Christine’s Instagram photos and videos appear to have been captured on the Flagstaff property.

Here is a photo taken right on their doorstep and posted on March 16:

Christine is still wearing her ring

Here she is in a photo posted on March 4th:

Here is a video from Christine dated January 30th of not wearing her ring but doing her hair and apparently wearing no jewelry at all:

To be sure whether or not Christine left Kody and her sister wives, all we need to do is tune in when the show returns to TLC for another season. Hopefully there isn’t another big delay between real time and airtime.