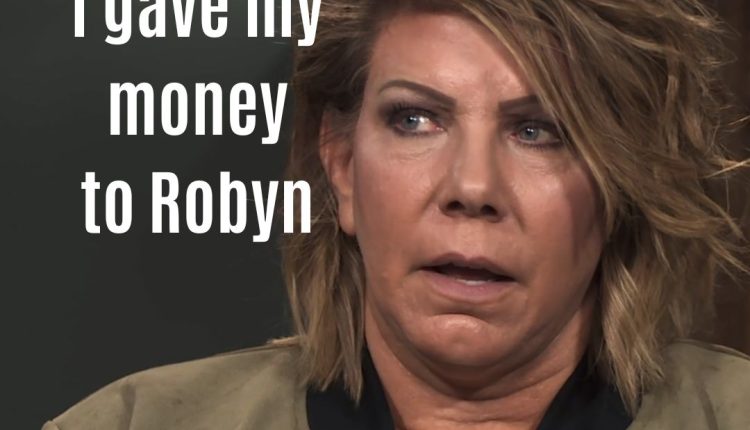 The entanglements of the Sister Wives Brown family finances continue to be brought to light as the family unravels before our eyes. Last week we learned that Janelle Brown gave helped of her proceeds from the sale of her Las Vegas home to help Robyn buy her current home. This week we learned that Meri gave all of the money she made from the sale of her Vegas house to Robyn for her house.

“Financially, at least up until very recently, our family has kind of worked together and just put whatever funds we had where they needed to go” Meri says in a talking head confessional.

Then, she drops the bomb, “When I sold my house in Vegas, I gave my money that I made from that house to Robyn so that she could buy her house here in Flagstaff. You know, that’s just what we’ve done. We’ve always worked together and I have no problem with the fact that I’m renting still.”

This is the first time this information has been revealed and the first time we hear Meri explain why she had rented houses ever since they’ve moved to Flagstaff. She does very well with her MLM LulaRoe and always rents nice, spacious homes, but it sounds like if she had kept her proceeds from the sale of the Vegas home she could have bought a home in Flagstaff and built a good amount of equity in just a few short years.

Both Meri and Janelle have rented ever since they’ve been in Flagstaff, and Janelle has purposely tried to rent affordable homes during her time there. In 2021 she moved into an RV (more accurately, a fifth wheel) in an attempt to get things moving with the build on the family’s Coyote Pass property.

Janelle is currently living in an apartment and no progress has been made on Coyote Pass as of December 2022.

Not only did Janelle and Meri give money from their Vegas homes to Robyn for her house, but also a great deal of “family money,” which is a separate account, helped Robyn buy her Flagstaff home. Kody has stated on the show that the plan is for the family to turn Robyn’s house into a rental home if they ever move to Coyote Pass.

All of this has so far set back Meri and Janelle financially, and helped to shift the power dynamic squarely onto Robyn’s side. Robyn’s name is also on more acres of land of Coyote Pass than any of the other women’s names.

This information about Meri also sheds light on Robyn’s plea to Meri to stay in the family and “hang in there” with her despite the fact that Kody doesn’t consider himself married to her and doesn’t care if she marries another man.