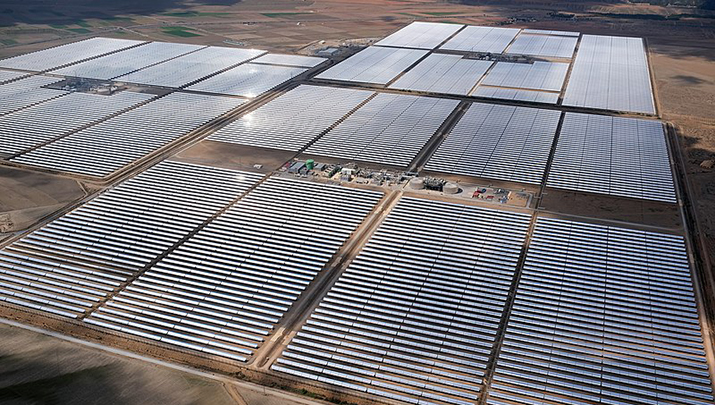 PHOENIX – An Arizona water and electricity company has announced it is partnering with a developer of large solar and energy storage projects to build a solar array on private properties northwest of Flagstaff.

The Salt River project announced on Wednesday that the Enlight Renewable Energy Ltd. and construction is expected to begin in 2023. The plant is scheduled to go into commercial operation in 2024.

The facility will provide 400 megawatts of renewable energy, enough power to meet the needs of 80,000 households while offsetting 1 billion pounds of carbon dioxide emissions annually, the SRP said.

“The CO-Bar power plant is an incredibly clean energy source that will support SRP customers and help us take a significant step closer to our decarbonization goals,” said Mike Hummel, SRP General Manager and CEO.

With the CO-Bar Project and others, nearly 50% of retail energy delivered to customers will come from carbon-free sources by 2025, according to the SRP. The utility intends to reach 65% by 2025 and 90% by 2050. SRP is the largest electricity provider in the metropolis of Phoenix and supplies over 1 million customers. It is also an important supplier of water.

GLOBE – Authorities have identified the body of a Whiteriver man who was found dead in a car near Globe.

Gila County sheriff officials said Wednesday that the death of 31-year-old Leo Harry White is being investigated as a murder. White was reportedly shot multiple times.

The vehicle in which White was found was parked along US Route 60 on Tuesday, authorities said.

5,000 failures after a fire in the Tucson Electric Power station

TUCSON – A two-alarm fire at one of Tucson Electric Power’s south-west power plants resulted in blackouts for nearly 5,000 customers on Wednesday afternoon.

A TEP spokesman said the fire broke out around 4:20 p.m. in a generator area of ​​the Sundt plant and was extinguished by the city fire department within an hour.

The cause of the fire was not immediately known, according to TEP officials, who said no casualties had been reported.

TEP officials said crews were working to restore power to 4,922 customers in an area south of the Sundt plant.