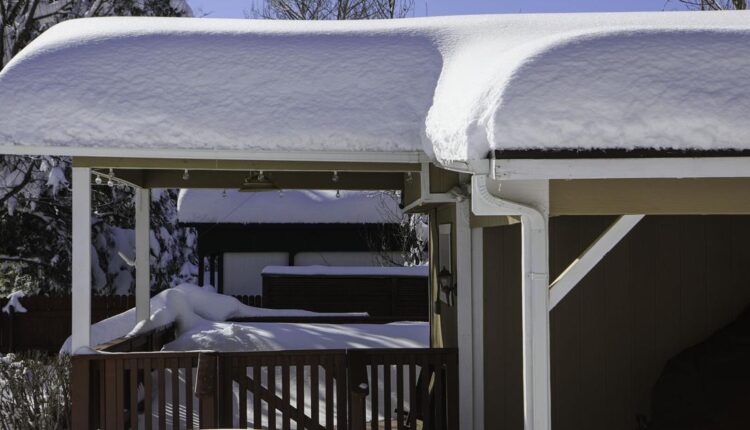 Snow has a connection to science in Flagstaff

This past week’s snowmageddon inspired world-renowned astronomy historian and my good friend Bill Sheehan to compare it to past snowfall activity in Flagstaff. Bill discovered that one of the snowiest months in recorded history was in 1895.* This is intriguing because of how that 1895 winter in general affected the near-term future of Flagstaff’s first permanent scientific establishment, as well how it inspired a humorous “scale of seeing.”

On April 3 of the previous year, a young astronomer named Andrew Douglass arrived in Flagstaff aboard an eastbound train. This would be his final stop on a Territory-wide (this was 18 years before Arizona became a state) search to identify an ideal location to set up an observatory for his boss, Percival Lowell. Based on Douglass’s research, Lowell chose Flagstaff. Lowell arrived in Flagstaff the following month — on May 28, 1894 — to officially open Lowell Observatory.

For the next 10 months, Lowell, Douglass, and various assistants observed Mars and other celestial bodies through borrowed telescopes. They enjoyed moderate success until winter set in with cloudy skies and heavy snows. Conditions were so bad that Stanley Sykes, who would later work with his brother Godfrey to build the dome for the 24-inch Clark refracting telescope that continues to overlook the town today, created his own scale of seeing just for Flagstaff. (A scale of seeing is a method of evaluating the quality of atmospheric conditions when viewing the night sky, ranging from a best of 10 to worst of one.)

By March 1895, Lowell began looking for another site to carry out observations, largely because of the poor weather. He soon ordered his own telescope, the 24-inch Clark Refractor, and ordered Douglass to return the borrowed ones. The new telescope was built in Massachusetts and shipped to Flagstaff in July, where the Lowell team assembled it in the dome used for the borrowed telescopes and observed with it for several months. The telescope was too large to practically be used in this dome, so Lowell hired the Sykes brothers to build a new one, which they did on their property at the northwest corner of West Dale Avenue and North Humphreys Street.

In November, workers disassembled the telescope and dome, loaded them onto a railroad car, and shipped them to Mexico, where the Lowell team would observe until the following spring. Percival Lowell ultimately decided to return the dome and telescope to Flagstaff in April 1897. Despite future snowy winters, the dome and telescope never left again and remain in use today, standing as a visible beacon (except perhaps during snowmageddons like we had this week) on the skyline of Flagstaff.

*The exact amount of snowfall for January 1895 has not been reliably confirmed. Special thanks to Brian Klimowski of the National Weather Service Flagstaff office for clarifying this.

Catch the latest in Opinion