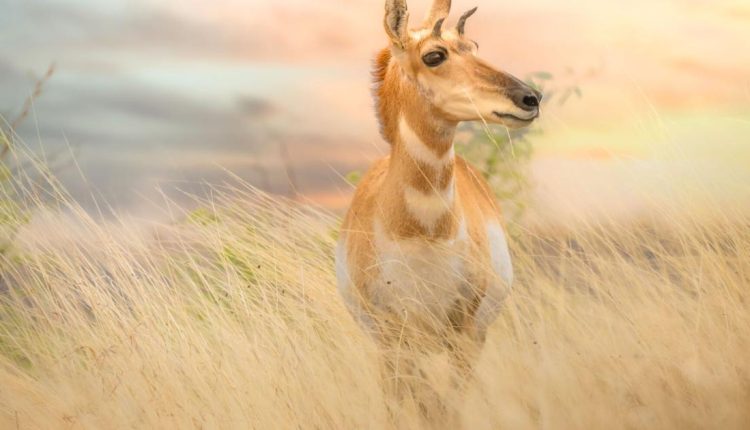 Vincent’s photo beat out almost 1,900 entries to take best in show. The image will be featured on the cover of the department’s 2023 wildlife calendar.

“I had a feeling something was going to happen the day I took this photo because the light was magical,” Vincent said.

In addition to appearing on the cover, his pronghorn will be featured in the calendar along with 11 other photos: Merriam’s turkey by Dave Getz of Tempe; antelope jackrabbit by Kat Guellich of Green Valley; American red squirrel by Bill Hamilton of Phoenix; burrowing owls by Tom Mangelsdorf of Scottsdale; desert bighorn sheep by Lee Marcus of Chandler; sandhill cranes by Mark Navarro of Tucson; great egrets by Tam Ryan of Mesa; Great Plains toad by Cam Stewart of Prescott; mule deer by Jeffrey Wagner of Laramie, Wyoming; elk by Courtney Warner of Phoenix; and chuckwalla by Sue Welter of Peoria.

The calendar will be sent to subscribers along with the latest issue of the department’s Arizona Wildlife Views magazine and sold at all Arizona Game and Fish offices starting in mid-November for $3, while supplies last.

The November-December issue of Arizona Wildlife Views also includes an additional 20 honorable mention photographs that were singled out by the judges of this year’s contest.

Tom Nielsen was out for a bike ride just south of the Oro Valley hospital and west of the marketplace when he managed to get this video. He tells the rest of the story. Video courtesy of Tom Nielsen.

How Phoenix Suns big Deandre Ayton can get to the line?