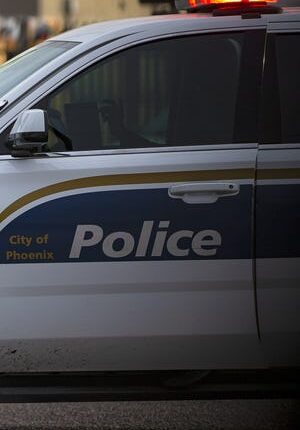 Phoenix police were investigating a Sunday night shooting in a south Phoenix townhouse that left four women with injuries that were not life-threatening.

Officers responded to a call just before 11 p.m. of multiple shots and people screaming at a townhome near 48th Street and Broadway Road.

Police found four women, including a pregnant woman and two teenagers, suffering from gunshot wounds. All were taken to a hospital with injuries that were not life-threatening, according to Phoenix police.

There were other people inside the home at the time of the shooting, however, no other serious injuries were reported, the police said.

As of Monday, no arrests had been made.

Police asked anyone with information to call Phoenix police or Silent Witness if they wish to remain anonymous: 480-WITNESS or 480-TESTIGO for Spanish speakers.

‘This is going to be painful’