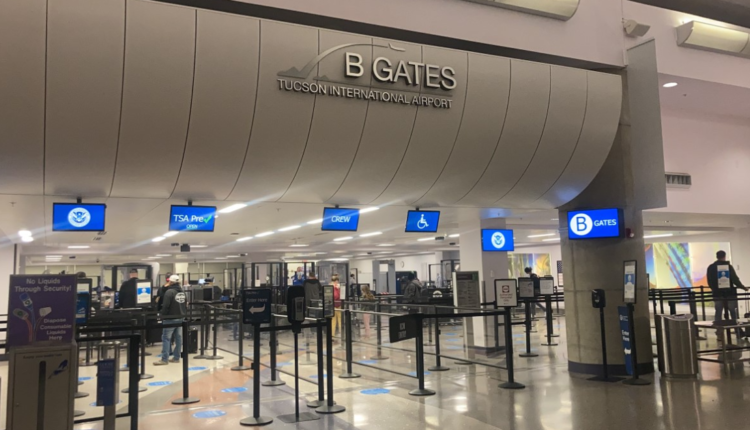 TUCSON (KVOA) — People traveling during the holidays are dealing with flight cancellations and delays here in southern Arizona.

If you booked your flight with Southwest you’ll most likely be stuck in the airport. The airline canceled more than 2,700 flights nationwide. All of the flights canceled at Tucson International Airport are Southwest airlines flights.

“I had to pay $500 extra dollars to get home,” said Barbie Vancott.

Southwest traveler Barbie Vancott jumped through many loopholes to fly home to Phoenix.

“We got on the computer and booked four more flights to go into Phoenix and they all were canceled,” Vancott said.

Luckily she was able to find a flight that flew into Tucson.

Vancott said, “I had to cancel all those appointments that I made, and it’s really, really hard. So my daughter with seven kids is driving up here to come get me.”

Her daughter is driving more than an hour and helped to pick her up. Many people are wondering why Southwest Airlines has to cancel so many flights.

Wicked weather caused many flights to get delayed and canceled over the Christmas holiday.

“The weather in Seattle was really bad and so Grandma couldn’t fly in on Dec. 23, so she ended up staying for Christmas, which was really fun,” said Amelia Doke.

Just today more than 5,000 flights got canceled across the country, and there are also more than 6,000 delays, but one man’s story is different from the rest.

“It was easy for us, we were just traveling from Los Angeles to Tucson direct flight on delta no problems for us,” said Mark Baines.

Southwest Airlines released a statement saying, “We are working with safety at the forefront to urgently address wide-scale disruption by rebalancing the airline and repositioning crews.”

If you plan on flying, check your flight information in advance for delays and cancellation.

Motions for sanctions filed against Kari Lake in Maricopa County