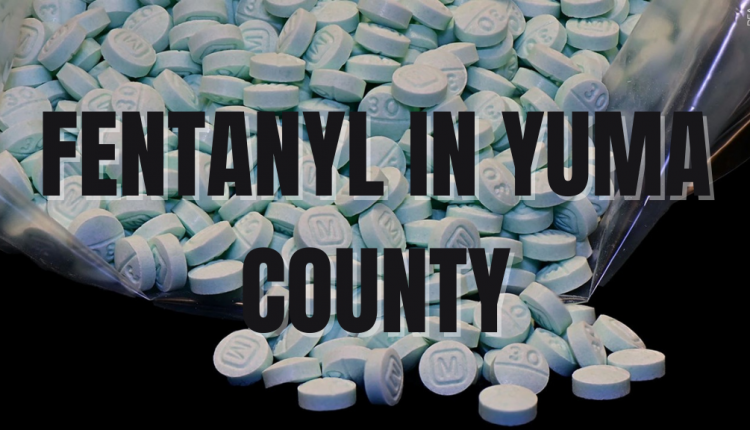 SPECIAL REPORT: How local law enforcement is dealing with fentanyl throughout Yuma County

The drug has been a growing problem throughout the country and in the Desert Southwest, the problem is no different – 13 On Your Side’s Luis Lopez reports

The same can be said for Yuma County.

Edgar Guerra is the Sergeant of Intel for the Yuma County Sheriff’s Office.

His job is to identify criminal trends in our area.

One trend is the rise in fentanyl, something which has grown rapidly since he first started in 2009.

“Fentanyl is not a very common word that you would find at that time, definitely during the last couple years it’s just kind of peaked and we’ve seen a huge increase as far as cases, seizures, and overdose cases that we’ve responded to,” Guerra said.

Sergeant Andres Angulo with the Yuma Police Department has also seen the growth, and explains why the numbers have continued to rise.

“It’s very cheap to make, easy to make across the border in clandestine labs and because it’s so small and easy to transport, it’s just a product that’s easy to get,” Angulo said.

This year however, the issue has skyrocketed, as YCSO says it has already seized 87,000 pills this year, already more than last year.

The high amount of pills in our area has quickly proved to be deadly as well.

YCSO says there were 60 drug overdose deaths in the county last year, 33 of them caused by fentanyl, including two juvenile deaths.

“It’s paramount that we educate our community about the dangers associated with fentanyl, it should be a community effort as far as educating parents, educating our youth,” Guerra said.

Local police have even been trained on how to treat those who are overdosing.

Since 2016, the San Luis Police Department has even supplied all it’s officers with Narcan, the medication prevents overdose deaths.

SLPD Lieutenant Marco Santana gave us a first hand look at how it works.

“Every officer has one of these, or a couple of these to be exact, and again, Narcan is introduced here in the nostrils and automatically this reduces the effect,” Santana said.

Even if someone is saved with the Narcan, the drug can still leave people very addicted.

As those who do take it experience lower anxiety due to lower blood pressure.

“Psychologically, addiction is a mental aspect also, physiologically the body is wanting that drug to be in euphoria to ingest that back into your body,” Angulo said.

For now, the problem continues.

As officers deal with an issue that has destroyed so many lives.

“It’s obviously not ended, and it’s something where we continue to do our very best for our community,” Santana said.

If you happen to see someone overdosing, some of the signs include lower breathing and gurgling.

Once these symptoms are seen, it’s vital you call 911 as soon as possible, so an officer or paramedic can issue the Narcan, and hopefully, save a life.