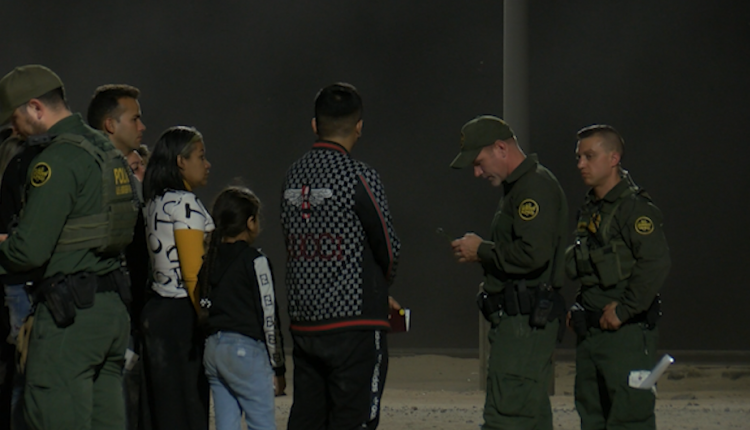 The border crisis has been affecting Yuma for years but recently with record numbers at the border, local resources are paying the cost – 13 On Your Side’s Luis Lopez reports

Just in Fiscal Year 2022, Customs and Border Protection says there have been 1.7 million apprehensions.

In Yuma, immigrants coming through are in need of local resources, and as the numbers grow, so does the cost.

Yuma county supervisor Jonathan Lines is a public official tasked with trying to manage the crisis.

Upon meeting with several outlets that have dealt with immigrants coming through, one has stuck out to him.

“My first concern is those of our first responders,” Lines said.

One issue coming up constantly is residents calling 911 after seeing immigrants near their homes.

“It’s extremely difficult for them to differentiate with those people who are legal or illegal, and so they continue to stretch their resources,” Lines said.

“I mean I can tell you that it’s a constant flow of traffic right by the border area where we have an influx number of immigrants,” Santana said.

Santana says just over the past few months, San Luis has seen 500 to 1000 immigrants making their way through the city everyday.

Some, even try to make their way into residential properties.

“What we’ve had in the past is they’ve tried to actually illegally enter inside homes, you know that becomes obviously an issue where it’s against the law,” Santana said.

Some local resources have also been on the hook for various costs of the crisis.

Over at Yuma Regional Medical Center, immigrants needing medical attention are making their way to the hospital.

“The numbers and the volume have significantly jumped over the last, definitely last year and a half, two years that we have seen a major influx of immigrants,” Dr. Magu said.

Just from December 2021 to May of this year.

With immigrants not having any insurance for the hospital bill, YRMC has to cover the costs.

“One of the things with this immigrant population is they require at least four times more resources,” Dr. Magu said.

dr Magu also says normally, some patients will require care at other facilities after they’ve been discharged.

However, with immigrants having no insurance to cover those extra facilities, they end up staying at the hospital longer.

“You know having that patient in the hospital for those days is an enormous burden,” Dr. Magu said.

With the hospital concerned about providing care to its other patients, they want to make sure they receive some type of reimbursement.

Recently YRMC has been talking with US Senators Mark Kelly and Kyrsten Sinema, wanting things to change soon.

“We hope to have this ongoing communication but definitely need some action quickly to make sure we continue to be able to provide services,” Dr. Magu said.

With so much money spent by just the hospital.

We asked Lines how much the crisis has cost the county.

While he could not come up with an exact number, he knows that number is high.

“So when you quantify all of those agencies combined, it’s pretty significant,” Lines said.

High apprehension numbers are unlikely to be dropping anytime soon.

Just in the Yuma sector alone, there have been over 235,000 apprehensions since October of last year, the third highest among southern border sectors with no end in sight.