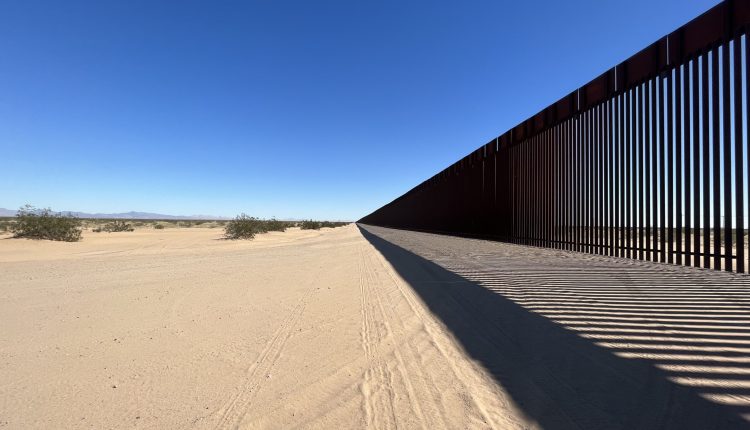 YUMA, Ariz. (KECY, KYMA) – The border wall along the US Mexico border in Yuma County splits the Sonoran desert.

While many of the migrants who enter the United States say they’re fleeing dangerous situations, what awaits them on this side of the wall can be even more treacherous.

And for some, even deadly.

58 migrants have died so far this year in Yuma County from 10 different countries mostly occurring in Yuma’s eastern desert.

You can see where each death happened, with causes, age, sex, and nationality when known on this map.

The border wall in Yuma County at the end of South Avenue B.

One migrant dying of COVID-19 at Yuma Regional Medical Center.

Others were unidentifiable, with just their remains found.

“The Yuma County Sheriff’s Office continues to see a rise of desert deaths in our area. We are at 62 deaths the office has responded to this year, compared to the 35 from last year and 16 in 2020,” Tania Pavlak said.

Since our interview, YCSO has responded to two more deaths.

Six of the migrant deaths YCSO has responded to occurred in Imperial County.

And many deaths occur on the Barry Goldwater range, where MCAS Yuma conducts training operations.

A spokesperson for MCAS Yuma said in a statement they work alongside law enforcement to ensure safety on the range, and that the deaths are a concern.

“We look forward to continued and enhanced cooperation with our partners at Yuma County Sheriff’s Office and US Customs and Border Protection to help keep unauthorized personnel off the range,” Captain Brett Vannier said.

So what’s behind the rise?

“For those that go into the rougher areas, they’re trying to avoid us. Maybe the smugglers are pushing them out there because of infighting among the organizations, but it’s purely profit-making and exploitation causing those deaths,” Clem said.

Brad Jones says they maintain 30 water stations in the Tucson Sector desert and agrees with Chief Cleem that smugglers often lie to migrants.

“They’re often told that crossing is much safer than it really is, that the distances one needs to travel are shorter than they really are,” Jones said.

But Jones adds federal border policy is also causing the rise of migrant deaths not just in Yuma, but along the entire border.

“Title 42 is a contributing factor, not just there in the Yuma Sector but in Tucson, and all the way out to the sectors in Texas.”

Title 42 closes ports of entry to most asylum seekers, pushing them to cross illegally in order to make a legal asylum claim.

But for some migrants, from certain countries like Mexico, Honduras, El Salvador, and recently Venezuela, Title 42 means immediate deportation if approved by Border Patrol.

Over half of all the migrants who died in Yuma County this year likely would have been deported if caught by law enforcement.

Jones says he believes Title 42 will remain in place and the deaths will continue.

“The courts that have jurisdiction on the removal of Title 42 show there’s no interest in revoking it,” Jones said.

Below you can view the full report from YCSO on this year’s migrant deaths.