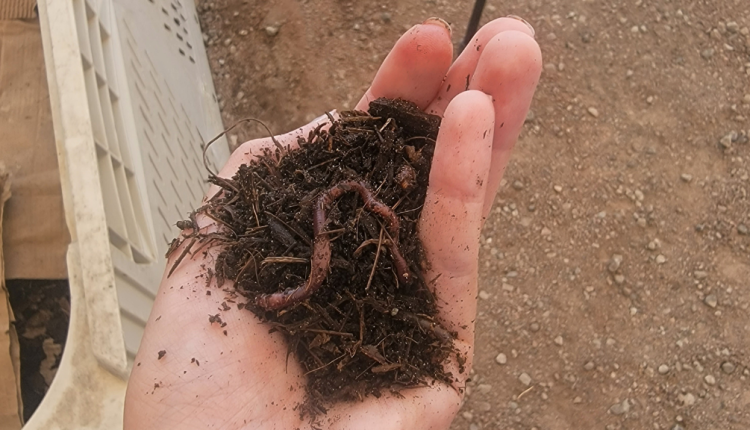 YUMA, Ariz. (KYMA, KECY-TV) – The first organic worm farm is coming to Yuma where they will take local organic waste and process it through earthworms.

Worms may appear large but they are very valuable to our soil.

And our local worm farm wants the community to know you don’t need fertilizer to successfully grow.

All you really need is worms and a healthy environment.

“And if we can recreate that same scenario and just be a steward of it. Magic happens. So that’s what we’re after,” said local worm farmer David Marchuk.

Their goal is to turn dirt into soil with the help of these crawlers.

“So our whole process starts with breeding of worms. We breed the worms, we’re taking worms that are a breeder stage. And we are putting them into a breeding chamber. And after breeding, we put them into a second chamber, which is where we raise them now. And after we raise the worms, they have two options. We can put them on to production to make compost, and they weren’t castings, or sell them to customers,” said Marchuk.

Local worm farmer David Marchuk studied and tested this method before realizing what is actually needed to get a healthier soil.

“It took me two years of messing it up royally. Before I was like, aw-ha, I really started clicking like that’s what I’m doing wrong. And really, it’s just a matter of looking at nature,” said Marchuk.

And with worms producing the key ingredient.

“So to simplify it, it’s basically taking in food that’s going bad and the worms eat that food and they will poop out organic fertilizer,” said Marchuk.

The organic fertilizer is known as worm castings but what makes it so important.

“So when you look at a fruit that’s rotting, it has mold on it usually black mold, green mold, different kinds of molds, the worms eat that mold. And they process that mold into a useful , that is usable by plants. And so that mold is microbiology, its microbes, it’s fungus and bacteria,” said Marchuk.

However, worms won’t just eat any type of waste.

“If we create the right environment, we create a balanced environment with the right food source, then the beneficial fungus and bacteria shows up to do their work,” said Marchuk.

So what makes this type of worm castings unique.

“Local box stores, we open them and I’ve experimented with them and they’re very bacterial. They’re missing fungus. Fungus is the microorganism we’re after,” said Marchuk.

This right here can change and better our agriculture and our gardens and this little fella here will help us not depend on any chemicals for the food we grow.

“I have noticed that you know before it was hard to grow mangos here, it’s very hard to grow avocados. But thanks to the soil company DMF has helped us with soil amendments, we’ve been able to grow avocados in the summer when it’s hotter. So you can see our plants are beautiful. Our mangoes are doing great,” said local organic farmer Hector Bermudez.

Bermudez explains why we should grow organically.

“To make our plants stronger, to make them stronger against insects, to make them grow faster, to produce better and to have a clean at the end a clean crop, where you don’t have no chemicals based where it’s going to hurt your body , what you intake is what you become,” said Bermudez.

There are even more benefits to using worm compost.

“We have a coverage on top of the ground, the suns not going to dry it up that are right up, and we’re going to have moisture on the bottom, that’s where it’s needed so that we can grow more efficiently using much less water,” said Bermudez.

Bermudez says better soil will help us in the long run.

“Our Earth is getting tired and our ground isn’t giving as much crops as it use to and once we go organic and put back what we’re taking out we are going to have more product,” said Bermudez.

CEO of DMF Living Soils Bob Waldrip hopes by having an organic worm farm here in town will encourage our community to use this product.

“At this point is to grow and growing becomes a major part of just maturing our product and providing as much of a product that we can for the variety of needs that the both the local gardeners and as well as the farmers need for their particular uses and in their product that they’re trying to grow,” said DMF Living Soils CEO Bob Waldrip.

With us growing better is the start of creating healthier food.

“The word living soil is basically what we’re really interested in which has all the organic matter that provides it to grow and to mature and to provide the nutrients for our crops and for plants,” said Waldrip.

Waldrip says he hopes more locals will find value in growing but realize doing it organically is the solution.

DMF living soils hopes to be officially opened in the upcoming months. with more future projects on the way for the community.

How to celebrate Veterans Day 2022 in the Phoenix area