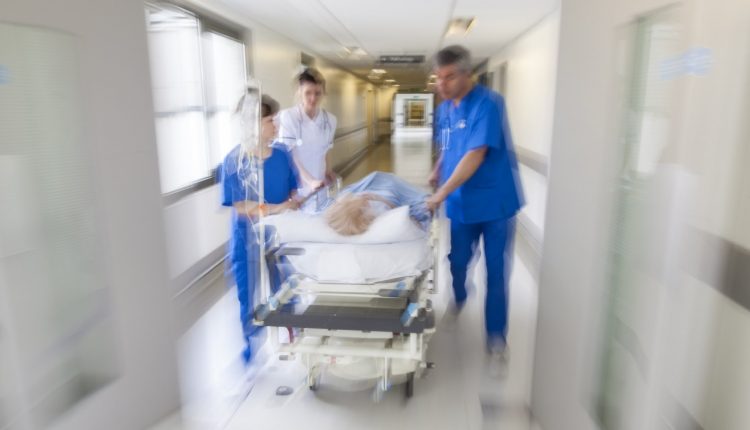 Approximately 99% of those who have passed away from the COVID-19 virus since the start of this year were unvaccinated, and 92% of all cases in June came from unvaccinated Arizonans as experts warn that the state is seeing signs of a third wave of infections.

“Things are definitely accelerating,” said Dr. Joshua LaBaer, executive director of Arizona State University’s Biodesign Institute in a call with reporters Wednesday, adding that the highly transmissible Delta variant of the virus is now becoming the dominant strain in the Southwest.

Arizona has been seeing an increase in COVID cases, and in a blog post Wednesday, Arizona Department of Health Services Director Dr. Cara Christ strongly encouraged vaccination against the virus as a means to combat the growing trend in cases.

“As you can see on the dashboard’s daily curve, there has been an uptick in COVID-19 cases lately,” Christ said, referring to metrics tracked on the ADHS website.

Arizona is now averaging 1,103 new cases per day, compared to 543 two weeks prior.

In her post, Christ shared that of June’s 12,911 reported COVID-19 cases, about 92% of them were from people who were unvaccinated or not fully vaccinated. Approximately 95% of the 16,910 cases from May were from the same population.

“All this points to a fundamental truth: Vaccines are demonstrating their effectiveness at preventing serious cases and deaths from COVID-19 and providing the strongest possible argument for the benefits of vaccination,” Christ wrote.

Areas of the state that have some of the lowest numbers of vaccinations are showing signs of surging cases as well.

Mohave County, which has a vaccination rate of 39%, is reporting nearly 30 cases of COVID per 100,000 residents, and has the highest positive percentage of COVID tests than anywhere else in the state.

“This whole surge is largely a surge among the unvaccinated,” LaBaer said, adding that a large majority of those not receiving vaccines are also among younger populations who believe they do not need one.

In Europe and India, where the Delta variant first gained a foothold, the younger population was seen as the vector that helped spread the new version of the virus faster and are being hospitalized as well.

One study by a group of British scientists found that the Delta variant is 225% more transmissible than the original SARS-COV-2 strain that kicked off the global pandemic in early 2020. Another recent study by Chinese researchers at the Guangdong Provincial Center for Disease Control and Prevention found that people infected with the Delta variant had 1,000 times more copies of the infection in their lungs than those with the original virus.

But LaBaer doesn’t think that Arizona hospitals will be inundated if a third surge occurs like during Arizona’s previous two surges.

“Right now, under the current circumstances, the hospitals don’t look like they are threatened but that doesn’t mean that they couldn’t,” LaBaer said.

LaBaer said hospitals in rural areas of the state are in far greater danger and likely will have to send intensive care unit COVID patients to city centers.

Over 80% of all hospital beds in the state are currently in use, with many now beginning to fill with COVID patients, according to data from ADHS.

As of July 20, 13% percent of all ICU beds in the state were in use by COVID patients, up from 8% in previous weeks. At the start of Arizona’s first COVID surge in April 2020, coronavirus patients occupied 17% of ICU beds, a number that jumped to more than half of all ICU beds at its peak.

A similar trend was seen during last winter’s surge, which started in late October and began to decline in mid-January. Since the winter surge, between 13-14% of all the state’s ICU beds have been unoccupied. COVID patients have consistently occupied around 8-10% of all ICU beds since March of this year. In-patient beds are seeing similar trends.

In Missouri and Arkansas, where the Delta strain has been hitting rural communities hard, hospitals have surpassed the peak from the previous winter surge.

Anyone seeking a vaccination can find vaccine information online for Maricopa County here and statewide here.

Civil rights leaders arrested at Sinema’s office after protesting her…

Want Fries With That Vaccine? Even at a Fast-Food Restaurant, Pop-Up Clinics See Slow…