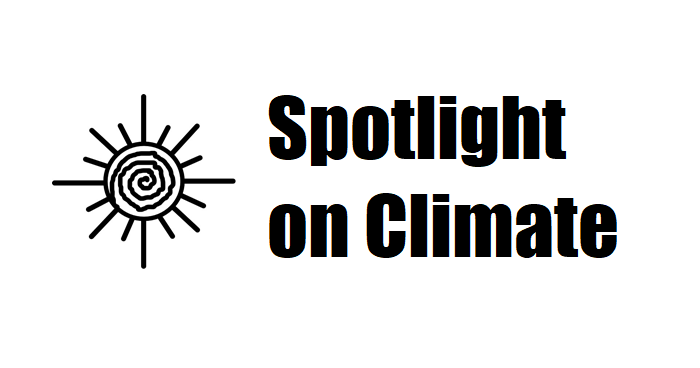 Spotlight on Climate: Why is Mormon Lake drying out as time goes on? | columnists

Most folks in Flagstaff are familiar with Mormon Lake, as well they should be. It is the largest freshwater lake in northern Arizona; it’s just a short, beautiful drive south of town; it has a long history of recreation and sports fishing — and yet, these days it is very shallow or totally dry.

How could this huge lake, which was 26.2 feet deep in the 1920s, now be dry? In the early 1900s the lake covered 12 miles! There were docks, boat houses, tour boats, and fleets of rental boats. Many folks still visit Mormon Lake, but not to fish. Now people go to see the intermittent wetland with its seasonally migrating elk herd and the occasional migrating waterfowl. What happened to all the water? Could this be driven by human-made climate change?

Of course, a natural lake’s water level is the result of inputs and outputs. In the case of Mormon Lake, there are no canals or other human-made inputs or outputs, so water levels reflect regional climate. Inputs include rain and snow that fall on the lake bed and its surrounding watershed, and outputs include evaporation from the lake and its watershed.

Our studies of Mormon Lake’s water levels over the last 3,500 years have shown that the rise and fall of the lake has been the result of short and long-term patterns of precipitation and temperature. We usually think of rainfall as the main thing that would affect lake levels because we can see rain fall and see the resulting runoff. Because we do not “see” evaporation, it is easy to overlook its effects.

However, as soon as we take measurements, we quickly get the picture. Air temperature is particularly important because evaporation increases exponentially as temperature rises. A slight increase in temperature causes a substantial increase in evaporation. How important has this been to Mormon Lake water levels over the years?

Prehistoric shoreline records show that about 3,500 years ago, the lake was at its highest, slightly more than 75.5 feet. At that time, rainfall was high, and temperatures were low, resulting in more snowfall and less evaporative loss. Roughly 1,230 years ago, the lake depth was 32.8 feet. Both of these highpoint lake levels resulted from high precipitation and cool temperatures.

Historic records are more detailed and show that during the 20th Century the lake was at its highest from 1905 to 1941. During that time, the lake was a popular recreation area with 100 small boats, including sailboats, a 16-passenger tour boat, and sports fishing. The sport fishery consisted of eight species, including rainbow trout, whose presence suggests the water was clear and had adequate depth. The lake is now too shallow and murky for recreational fishing. After 1941 the lake receded and was dry for the first time in the 20th century.

The period from 1905 to 1941 is called the Early 20th Century Pluvial, a wet and cool episode that affected most of the western USA. During this period there was more rain and snow and less evaporative loss. From 1941 to 1947 rainfall dropped and temperatures rose, and the lake rapidly dried up. This drought lasted until another wet episode took place from 1978 to 1995. In this second wet episode, total precipitation rose to about the same levels as in the earlier wet episode, but did Mormon Lake rise accordingly? We all know that it didn’t, but why not?

While precipitation rose, temperatures did not drop like they did in earlier wet episodes. Instead, temperatures in Northern Arizona have been rising steadily due to human-made climate change. Just since 1950, our average daily temperature has gone up to 2.2°F. Higher temperatures caused greater evaporation, which canceled out the higher precipitation during this second wet episode. Therefore, Mormon Lake did not rise to the levels seen in the 1920s.

What can we expect from here forward? The last wet period ended in 1995 and our current period of low rainfall began in 1996. So now we are in a severe megadrought with low rainfall AND higher temperatures. Thanks to human-made climate change, Mormon Lake will most likely never again reach the high-water marks of old.