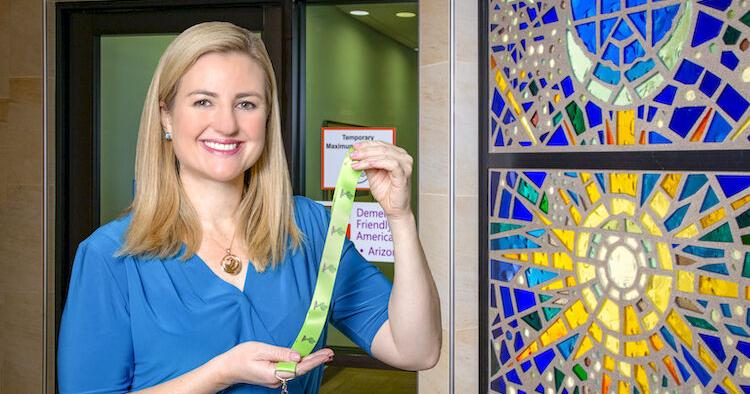 State of the city: Phoenix is ​​rising again | City News

Mayor Kate Gallego delivered a positive, inspirational State of the City Address recently, complete with announcements of new investing companies in the city and creating jobs, advancements for the health and well-being of the community, modernizing public safety, and progress on transit, transportation and housing.

The address was amplified by a dynamic discussion with Todd Sanders, President and CEO of the Greater Phoenix Chamber, host of the event.

The conversation touched on several milestones achieved over the past year, including an update on the city’s efforts around climate change.

The afternoon heralded the city’s response to the pandemic, recognized support for businesses delivering a powerful economic trajectory, and championed a strong budget position for the year ahead.

It remains clear, Gallego is focused on providing the people of Phoenix good jobs, access to healthcare, a safe community, and the best environment.

Building on the success of Taiwan Semiconductor Manufacturing Corp., the city’s largest economic development deal in history, its supply chain is following the path to Phoenix.

Gallego welcomed Sunlit Chemical, and announced Foxlink, a manufacturer of green power storage, as the latest Taiwanese companies to choose Phoenix as a US home. Also announced were two headquarters relocations from California’s Bay Area: Sendoso, a software company, and Diamond Age 3D, a robotics company that prints homes.

Phoenix saw a need and acted. The city delivered nearly 300,000 COVID-19 tests and vaccinations. It became clear residents needed increased access, and the city responded with creative and innovative solutions, such as deploying first mobile vaccine vans into neighborhoods. In addition, the city is partnering with Mayo Clinic, ASU and UA on expansive research and treatment centers focused on advancing the cure for cancer.

Gallego made firm her support for first responders and investing in modernization. She said, “I will never defund the Phoenix Police Department.” The city invested $15 million to expand the Community Assistance Program, which routes calls for mental and behavioral health to professionals. The mayor announced new investments in virtual reality which will improve training for officers to handle a variety of complex situations, including domestic violence.

Phoenix leads on climate and sustainable innovations. The city passed an aggressive, accelerated Climate Action Plan, data and heat mapping are being used to plant trees for cool corridors, investments are being made to promote the circular economy, clean light rail construction is proceeding, and electric vehicle manufacturing continues to expand.

Gallego’s leadership on climate will help the city address extreme drought and water conservation while also growing green jobs and green investments for the health of the local economy. The city wants to achieve net-zero emissions in municipal operations by 2030, and net-zero emissions communitywide by 2050.

Phoenix launched dynamic strategies to ensure today’s and tomorrow’s residents have access to affordable homes. The Housing Phoenix Plan aims to build or preserve 50,000 homes by 2030, and is halfway to goal. Public Housing is heat-resilient to further curb costs. The hotels-to-housing program to convert tired, underutilized hotels into shelters aligns with workforce training and services to deliver veterans and populations facing insecurity a robust suite of assistance.

Gallego also announced COPERS, the city’s pension system, is diving from all financial interests in Russia.

For a complete look at the mayor’s State of the City Address, visit phoenix/gov/mayor.