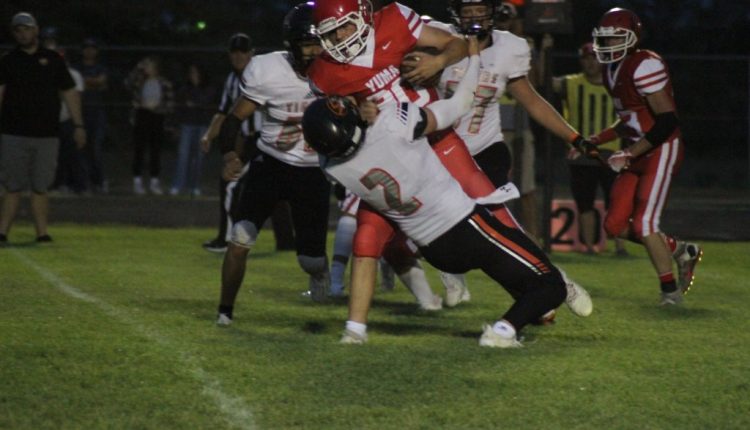 The first games of any season can serve as a good sounding board for any team, and high school sports are especially susceptible.

On Thursday night at Yuma, Sterling football learned that it still has a few more wrinkles to iron out after falling to its opponent with a 56-14 final. Yuma, of course, proved a formidable opponent as it’s ranked No. 10 in Class 1A, according to CHSAANow.com’s preseason poll.

The game started out simple enough, as Yuma put up a lone touchdown in the first quarter while holding the Tigers to 0. Sterling managed to respond with a couple of touchdowns of his own in the second quarter, but Yuma countered with 21 points.

That was all the action that Sterling’s side of the scoreboard would see that night, but Yuma wasn’t done touching the end zone. The Tigers couldn’t keep up, and their road forward won’t be a whole lot easier.

Sterling returns home to take on Bennett next, and those Tigers won their season opener. They weren’t ranked in the 2A poll, but they were earning a few votes.

Sterling boys soccer has already had its run-in with Bennett and, while the Tigers fought hard, they couldn’t shake the offense that Bennett was throwing at them.

Bennett got on the board early, putting two balls in the back of the net through the first 40 minutes of play. The Tigers matched that effort in the second half, with two scores from freshman Jeromy Rivas, but Bennett scored two goals just the same in the 4-2 final. Sophomore Jaden Martinez and freshman Aiden Ortaga got in on the action with an assist each.

Now, the Tigers will look to earn their first win when they head to 1-1 Fort Morgan for a 4 pm start on Tuesday.

17 things to do this week, from A Soulful Taste of the Burgh to the Allegheny County Music Festival