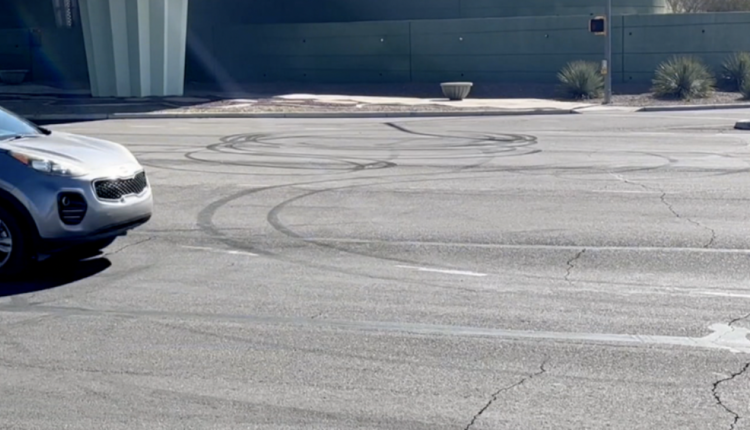 Street racing and sideshows continue to occur in Tucson

In September of last year, nearly 200 people were arrested for illegal street racing in Tucson.

RELATED: TPD: Many arrested for street racing throughout the weekend

Although many arrests were made at the end of last year, street racing and sideshows continue to happen at intersections and parking lots.

Police put a stop to one sideshow this past weekend arresting 5 people for charges that included reckless driving, racing and exhibition of speed and weapons misconduct.

TPD said this occurred at 22nd and Kino Parkway on Sunday.

Tucson has various “hotspots” known for speed racing and sideshows and Tucson resident, Mara Sisk, said she lives by one of them.

“I think it’s just one incident away from somebody having a tragic accident and somebody dying,” said Sisk.

At Valencia and Houghton, Sisk said she hears racing and drifting at least once a week.

“We generally start hearing them anywhere after 10, closer to midnight, as late as like two or three in the morning,” said Sisk.

She said one of the scariest experiences was when her daughter was coming home late at night and was side swiped by someone racing.

“She was coming down Houghton towards our house, they were racing and she said they kind of came out of nowhere and one of them as they were kind of passing to go around her, side swiped her car,” Sisk said.

Some of the consequences that come with street racing include traffic citations, getting your car impounded and being charged with a class one misdemeanor.

According to state law, a second conviction of street racing can count as a felony.

Sisk said she was worried about the safety of her children.

“I worry that it is going to be some bystander like my daughter, she got lucky, all that happened was some damage to her car. But if the accident had been worse, you know, it could have been– it could have killed her,” Sisk said.

Since the September sideshow, TPD partnered with other law enforcement like the Pima County Sheriff’s Department and the Arizona Department of Public Safety.

They encourage anyone seeing this activity to keep calling 911.