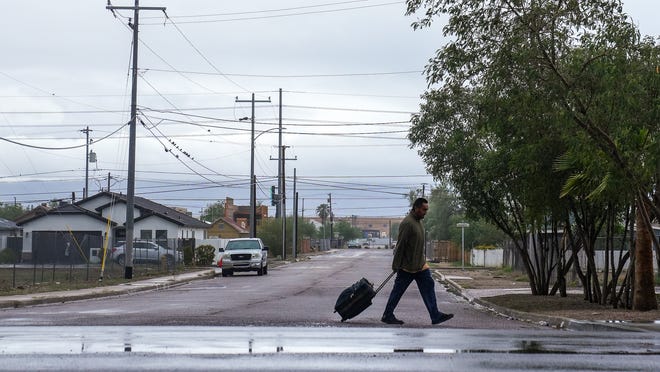 Mostly sunny skies and dry conditions are expected across Arizona throughout Veterans Day weekend, according to the National Weather Service.

Those in Phoenix this weekend can expect mostly clear skies, according to Isaac Smith, a meteorologist with the weather service in Phoenix. Smith said the high temperatures will be around 70 degrees and lows around the mid to upper 40s.

Carter Humphreys, a meteorologist with the weather service, said in Flagstaff the weekend will be mostly dry with some breezy conditions on Sunday as a storm system passes. Winds with gusts ranging from 25 to 30 mph are expected, but chances of precipitation are low.

In southern Arizona and Tucson, the high temperatures will range between the upper 60s and mid-70s, according to Tom Dang, a meteorologist with the weather service in Tucson.

The low temperatures in Tucson will range between 40 and mid-40s throughout the weekend.

A weak storm system might move through southern Arizona on Sunday, but Dang said as of Thursday there was a less than 10% chance of precipitation. The system could bring winds with gusts up to 25 mph, and temperatures could drop in the night to the upper 30s.