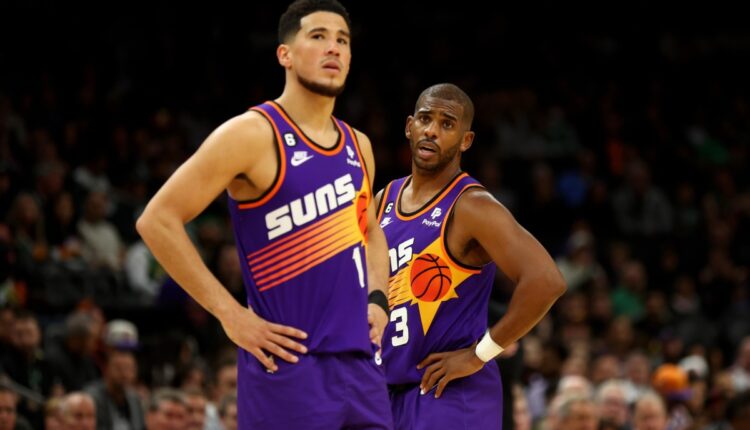 On Christmas, the Phoenix Suns other Denver Nuggets are facing off in Colorado for the last game of the night.

The two teams have finalized their injury reports and starting lineups.

Jae Crowder, Cameron Johnson and Cameron Payne have all been ruled out for the Suns.

Meanwhile, All-Star shooting guard Devin Booker has been upgraded to available (he had missed the last three games).

As for the Nuggets, they have ruled out Collin Gillespie and Jeff Green.

Jamal Murray and Zeke Nnaji have both been upgraded to available.

The starting lineups for both teams have been relayed by Underdog NBA.

The Suns enter the matchup as the fourth seed in the Western Conference with a 19-14 record in 33 games.

They are coming off a 125-100 blowout loss to the Memphis Grizzlies on Friday night at home.

Over the last ten games, the Suns are 3-7, and they are also in the middle of a two-game losing streak.

The Nuggets are 20-11 in 31 games, which has them tied with the Grizzlies for the first seed in the Western Conference.

In their last game, they beat the Portland Trail Blazers 120-107 at home.

Currently, the Nuggets are in the middle of a three-game winning streak and 6-4 in their last ten games.

Remember Christmas a year ago