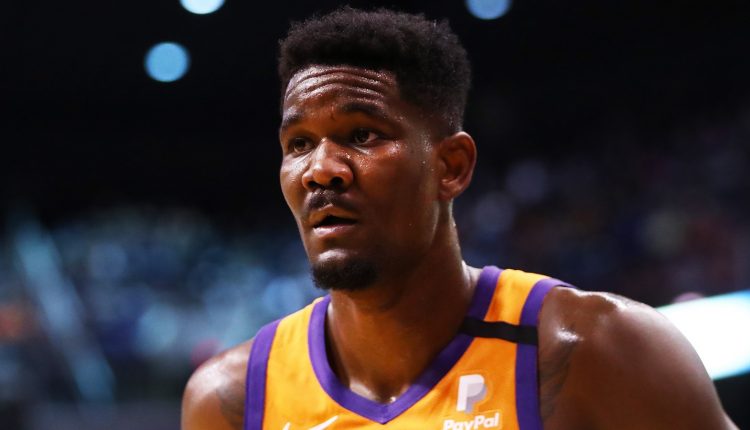 Deandre Ayton is set to become a restricted free agent this offseason, which means the Phoenix Suns will have an opportunity to match any contract offer he receives. It does not sound like they are prepared to fight very hard to keep the former first overall pick.

Ayton’s agent, Bill Duffy, told SiriusXM NBA Radio on Monday that the reports about Ayton wanting a max contract extension last offseason were accurate. Duffy indicated that Ayton’s camp is confident the 23-year-old will receive max offers from other teams this summer, even if the Suns are unwilling to match.

“Things will work out for Deandre. He’s a valuable player and there’s other teams in the league as well”

According to Jake Fischer of Bleacher Report, there is a sense around the NBA that the Suns do not want to pay more than $30 million per year for Ayton or any other center. Head coach Monty Williams is unlikely to attempt to change their mind, either. Sources told Fischer that Williams has “griped about Ayton’s waning focus” and is not the biggest fan of the former Arizona star.

That is hardly a surprise, especially after the way Phoenix’s season ended. Ayton played just 17 minutes in the Suns’ Game 7 loss to the Dallas Mavericks in the Western Conference semifinals. Williams said the reason for that was “internal” and not related to injury. There were reports that Ayton and Williams had a confrontation during the game.

Ayton averaged 17.2 points and 10.2 rebounds per game during the regular season. He will almost certainly find a team to give him max money. That may be the best outcome for both him and the Suns.

‘Almost Like Malpractice’: To Shed Bias, Doctors Get Schooled to Look Beyond Obesity