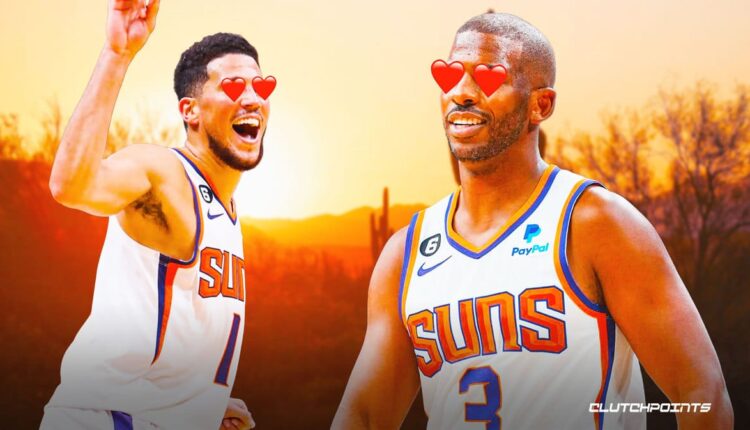 The Phoenix Suns have been linked with Kyle Kuzma as of late, but sure enough, he’s not the only one that the team is interested in as they look to get more help for Chris Paul and Devin Booker.

Apparently, the Suns are also eyeing a potential deal with the Houston Rockets where they could land both swingmen Kenyon Martin Jr. and Eric Gordon. Phoenix is ​​believed to have some level of “interest” in the two, especially with the team missing Cam Johnson due to injury. Not to mention that they are lacking depth in the guard positions and could really use some help in those areas.

Martin could be a nice fit for the Suns, especially with the team looking for some offensive boost off the bench behind Booker. The 21-year-old is currently averaging 10.7 points, 5.1 rebounds and 1.4 assists while shooting 54.0 percent from the field. While his 3-point shooting leaves much to be desired, he could certainly fill in the shoes of Johnson on offense while adding some rebounding.

Meanwhile, Gordon has played with Paul before when the Point God was still with the Houston Rockets. He is a solid veteran who had one of the most efficient shooting seasons in all of NBA in 2021-22. While some of his numbers are down this year, he could thrive with a bigger role with the Suns.

Of course it remains to be seen what the Suns will have to pay to get Kenyon Martin Jr. and Eric Gordon, especially since the two are unlikely to come cheap. However, it does look like the Phoenix franchise is really determined to make some changes to improve the team and compete for the NBA title once again.