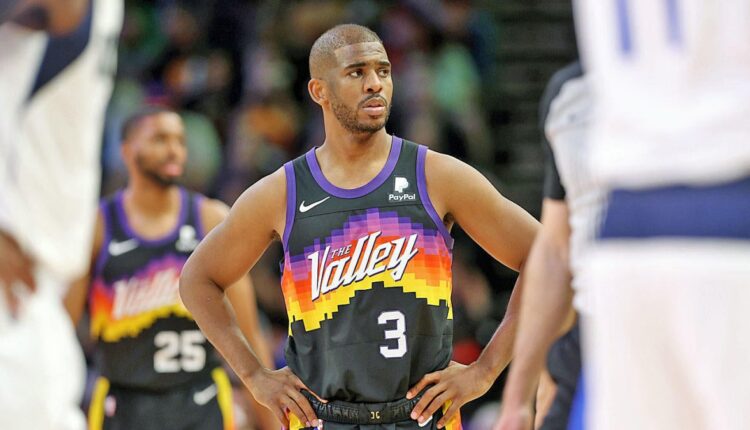 Chris Paul led the Phoenix Suns to within two wins of the NBA championship in 2021, but things haven’t gone as planned since. Phoenix suffered an embarrassing second-round Game 7 home loss at the hands of the Dallas Mavericks last season. Now they’re hovering around .500 with Paul posting career-lows in scoring (13.7 points per game) as well as most value metrics. Phoenix acquired Paul hoping for an immediate push. Two years later, his window appears to be closing.

Paul is now 37 years old. Devin Booker, Mikal Bridges, Cameron Johnson and DeAndre Ayton are all between the ages of 24 and 26. This is still a fairly young team with one older cornerstone, and now that the Suns have seemingly slipped out of the immediate championship picture, they are justifiably considering what life after Paul will look like. According to Marc Stein, the Suns have started to assess their post-Paul future, and as such, are eyeing point guards like Fred VanVleet, Immanuel Quickley and Terry Rozier at the trade deadline.

Phoenix is ​​in a fairly feasible position from a trade standpoint. The Suns still have all of their first-round picks at their disposal. They will eventually be able to turn Jae Crowder into something else of value as well. But from a salary standpoint, the Suns almost need to include Paul if they plan to make a major deal. That’s not true in the short-term, as the Suns have almost $25 million in expiring salary to dangle between Crowder, Dario Saric and Torrey Craig, but if they plan to import a starting-caliber point guard, they probably need to get off of the rest of Paul’s contract.

Paul’s deal is only partially guaranteed beyond this season, but for obvious reasons, a team that is already paying the luxury tax would prefer not to pay Paul $15.8 million to play for another team next season. It simply makes more sense to use $28.4 million cap figure this season as the matching salary in a deal that brings in an outside point guard.

Each of the targets Stein mentions bring different things to the table. VanVleet can fit with almost any team considering his shooting and defense, but Phoenix is ​​among those least-equipped to maximize him. The Suns never get to the rim. VanVleet’s shot-diet is almost entirely 3-pointers. The Suns could make up for that in other ways, but given the rest of their roster, they’d likely prefer someone who can attack the rim. Of the three, Rozier is the best there. He takes 5.3 shots per game in the restricted area, roughly a quarter of the 21.6 attempts the Suns average as a team. However, at just 6-1, he’s relatively inefficient near the rim even if he gets there frequently, and he’s locked into a long-term contract the frugal Hornets are trying to move.

Quickley isn’t locked into a long-term deal yet, but will need one after next season. He’s never been a steady starter in the NBA, so Phoenix has no way of knowing what he’d look like as a long-term backcourt partner for Booker. That might be an advantage, though, because his salary is currently so low that the Suns could afford to keep Paul in place as they build a transition plan.

Ultimately, Phoenix’s next move is going to be dictated by new owner Mat Ishbia. He is set to assume control of the team before the trade deadline, and if his priority is to win now, Phoenix will likely direct its assets towards players who can supplement Paul and the current core. However, if he wants to focus on maximizing the entirety of Booker’s prime, there’s a good chance Phoenix pursues a new point guard who fits into the timeline of the rest of the roster.