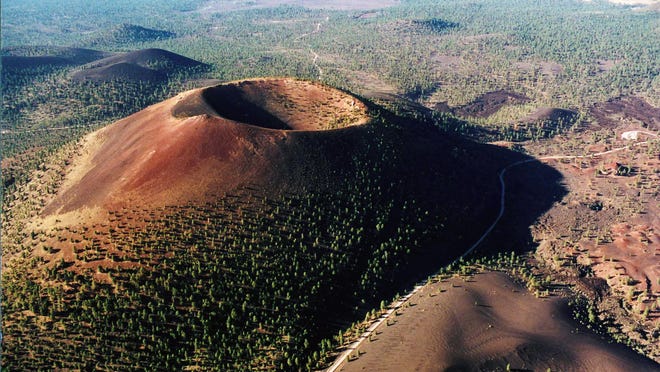 Sunset Crater Loop Road, along with the Lava Flow and A’a trails, are open once more, according to the National Park Service’s website. However, the visitor center, along with Lenox Crater Trail, Lava’s Edge Trail and Cinder Hills Overlook, remain closed for now.

“Most of it is open,” said Chief of Visitor Services for National Park Services in Flagstaff Richard Ullmann. He said the Tunnel Fire especially affected the Lenox Crater Trail, which was completely burned over.

A main concern with opening the heavily burned trails is hazard trees, Ullmann said, which means “a tree that has a structural defect that makes it likely to fail,” according to the US Forest Service’s website. The fire-damaged trees pose a safety risk to hikers should they fall.

Additionally, the burned area rehabilitation plan states over a mile of the Lenox Crater Trail was marked using logs, which burned in the fire and have left an unmarked trail as a result.

“We look forward to reopening the visitor’s center as soon as possible,” Ullmann said.

Ullmann said he would like to thank the public for being patient while they did “a lot of work behind the scenes” to get the park safe enough for visitors once again.

As for people planning a trip to the area, Ullmann said people should enjoy the monument safely and heed the closures.