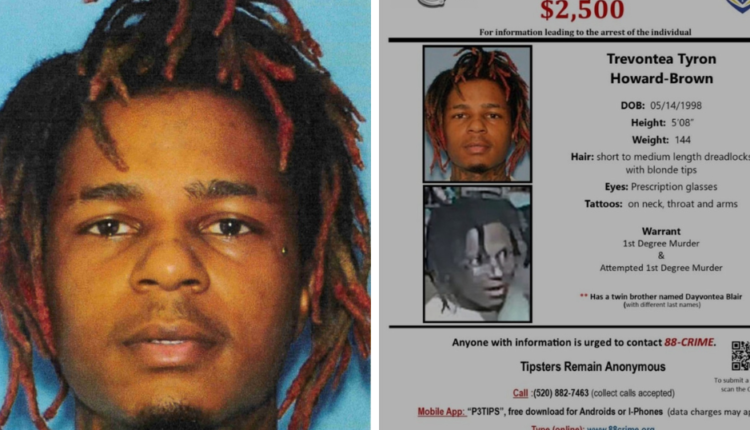 TUCSON (KVOA) — Police are asking for the public’s help in locating the suspect in a fatal shooting in central Tucson last year.

According to Tucson Police Department, 23-year-old Harrison Weber was shot and killed after leaving a bar near Park Avenue and University Boulevard in April 2022.

They said Weber’s friend was also shot near Park Avenue and Second Street.

The suspect should be considered armed and dangerous, police say.

Anyone with information is asked to call 88-CRIME.