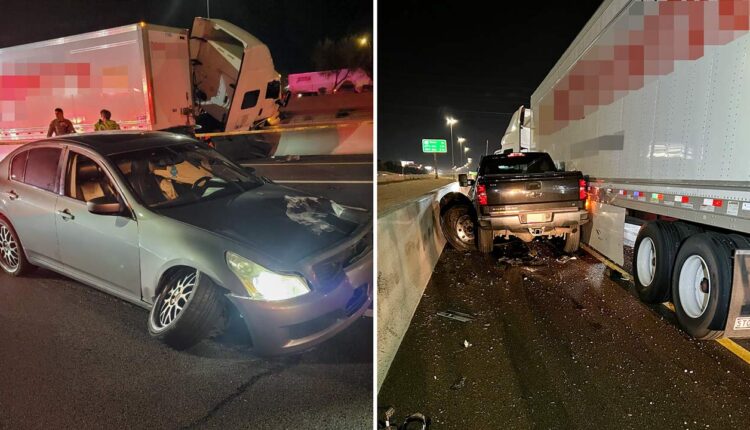 PHOENIX — A suspected street racer was arrested after a multivehicle wreck closed down a Phoenix freeway for several hours over the weekend, authorities said.

Julian Beltran-Cardenas, 31, was booked on multiple counts — including racing on highways, reckless endangerment and aggravated assault — after Saturday night’s crash on Interstate 10, according to the Arizona Department of Public Safety.

Beltran-Cardenas was allegedly racing other vehicles westbound near 43rd Avenue when he lost control of his Infiniti sedan, DPS said.

He struck a barrier wall before swerving across lanes and hitting a tractor-trailer, according to a press release. The impact sent the big rig into a pickup truck.

The freeway was closed from about 7 pm to 11 pm

Two patients were taken to a hospital — a child in extremely critical condition and a teenager in stable condition — the Phoenix Fire Department said.