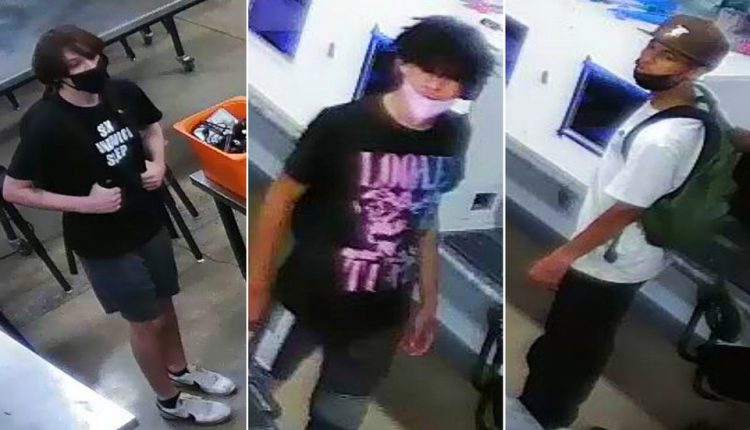 A high-dollar computer was also reportedly stolen from the school.

Weeks earlier, a fire started at the high school, causing millions in damage to the school’s English building. The fire was ruled arson, and a 26-year-old man was charged shortly afterwards.

Anyone with information on the vandalism case is asked to call 88-CRIME.

It has been a tough year for schools in the Tucson area.

On Jan. 23, Tucson Country Day School saw four of its vans, and part of its kitchen, destroyed by fire.

On Jan 24, Kellond Elementary suffered more than $100,000 worth of damage when vandals broke windows and set a small fire on its roof.

On Feb 6, YouthWorks Charter High was hit by vandals and had to replace several windows.

On Feb. 18, the playground at Lynn-Urquides Elementary was destroyed by fire.

On March 20, graffiti was painted on the walls and a table in the lunch room at Tanque Verde Elementary. The graffiti included a swastika and four Tanque Verde High students were arrested.

On May 3, there was a large-scale fight at Tucson High that led to at least two arrests.

On July 17, an arson left Salpointe Catholic with millions in damages.

Wettest day of monsoon 2022 for the Phoenix area so far!