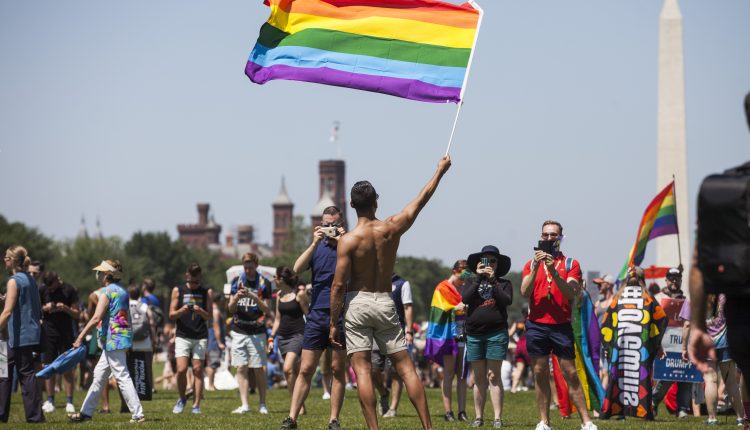 A Tennessee federal judge is blocking the Biden administration from enforcing an executive order designed to protect the LGBTQ community from discrimination in schools and the workplace.

U.S. District Judge Charles Atchley Jr. on Friday issued a preliminary injunction that temporarily bars the U.S. Department of Education and the Equal Employment Opportunity Commission from enforcing the anti-discrimination executive order issued by the Biden administration in January 2021.

“The court understands that a preliminary injunction is an extraordinary remedy,” wrote Atchley, a 2020 Republican appointee to the court. “However, this case presents extraordinary circumstances.”

The Biden executive order came after a June 2020 landmark decision by the U.S. Supreme Court that expanded the legal definition of sex discrimination to include sexual orientation and gender identity in employment situations.

Citing the high court’s decision, the Biden administration directed federal agencies to enact rules that specifically prohibited sex discrimination based on sexual orientation and gender identity. In June 2021, the Department of Education and EEOC, in turn, issued “guidance documents,” prohibiting such discrimination and promising enforcement action against violators, including the loss of federal funding for schools.

Several Republican-led states, including Tennessee, already had laws on the books that appeared to violate that “guidance,” including statutes that bar schools from allowing transgender youth to participate in girls’ sport and bar schools and businesses from allowing transgender youth and adults from using restrooms that align with their identity.

With Slatery in the lead, attorneys general for 20 Republican-led states filed suit in U.S. District Court in Knoxville to block enforcement of Biden’s order and the agencies’ related “guidance documents,” arguing, among other things, a violation of states’ rights to govern.

They asked Atchley, a Trump appointee, to issue a preliminary injunction, barring any change in discrimination policy until their lawsuit can be heard, decided and appealed.

In his Friday ruling, Atchley agreed.

The judge said the Biden administration had gone too far and too quickly, stretching the U.S. Supreme Court’s employment-based decision beyond its “narrow” holding, usurping the authority of Congress and state Legislatures and failing to give lawmakers and the public a say on the issue.

“Therefore, as it currently stands, (states, including Tennessee) must choose between the threat of legal consequences — enforcement action, civil penalties, and the withholding of federal funding ­— or altering their state laws to ensure compliance with the guidance and avoid such adverse action,” the judge continued.

“(The Biden administration and agencies’) guidance documents presently harm plaintiff states by undermining their sovereign authority to enforce their state laws as written and imposing substantial pressure on (states) to change their state laws,” Atchley wrote.

“(States) must either forgo the enforcement of their conflicting state laws to comply with the allegedly unlawful guidance or violate the guidance and risk significant legal consequences,” Atchley continued. “This is an untenable choice.”

AG: Judge got it right

Atchley carefully sidestepped the issue of whether the state laws at issue are, in fact, discriminatory.

“The court understands that both sides feel strongly about their positions on the relevant legal and social policy questions, and the public’s interest in the correct application of the law will be served by maintaining the status quo while the court resolves these issues,” Atchley continued.

“An injunction will ensure that the agencies are not exceeding their express authority delegated by Congress,” he wrote.

Slatery hailed the ruling in a release made public Sunday.

“The District Court rightly recognized the federal government put Tennessee and other states in an impossible situation: choose between the threat of legal consequences including the withholding of federal funding or altering our state laws to comply,” Slatery stated in the release.

“Keep in mind these new, transformative rules were made without you, without your elected leaders in Congress having a say, which is what the law requires,” he stated. “We are thankful the court put a stop to it, maintained the status quo as the lawsuit proceeds, and reminded the federal government it cannot direct its agencies to rewrite the law.”

The Biden administration could seek to appeal Atchley’s ruling to the 6th Circuit U.S. Court of Appeals. There’s no guarantee the judge will grant an appeal or that the appellate court will agree to hear one, though, and the injunction will remain in place pending further proceedings.

This article was originally published by the Tennessee Lookout, a sister publication of Arizona Mirror and a member of the States Newsroom network of local newsrooms. It has been edited to include Arizona examples.

Boost Now or Wait? Many Wonder How Best to Ride Out Covid’s Next Wave